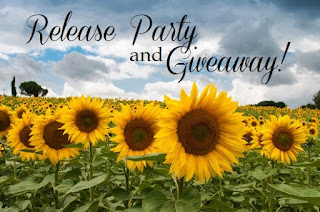 SIX LITTLE SUNFLOWERS is the 9th release in Forget Me Not Romances American State Flower series, sweet romances based around state flowers.

Every gal in Felicie’s circle of friends swooned over Wichita’s handsome fireman, Carpenter Yeary. She’d seen him, of course, but she was too practical to go longing after the noted hero. He’d never noticed her before (and they’d gone to the same church for years). My goodness! With all the pretty girls he could choose from—girls with money, fancy dresses and time to primp—that wasn’t likely to change. On her last day as a maid, Felicie had one thing on her mind: transition and prepare for her dream job as calligrapher at the Hotel Carey. She’d trained her replacement, listened to an endless stream of tributes about everyone’s favorite fire fighter, and rolled her eyes over her co-workers’ ridiculous plans for Leap Year Day. Old traditions said a woman could propose to a man that one day every four years, but…

Proposing to a man just to get a new dress out of him was such a tacky thing to do. 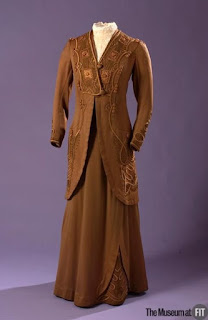 Felicie would get her new dresses and suits the right way. She’d ordered from one of the top dressmakers in town, sinking all her savings into that order. She’d be dressed well enough to be an asset to the hotel in her new professional position. Only she hadn’t planned on something even hotter and more distracting than Carp Yeary. A real fire.

Hurrying toward the smoke and sirens, Felicie was concerned about her friends. Madame Laurent wasn’t just her dressmaker, she was the closest thing Felicie had to a mother, and Madame Laurent’s adopted daughter Marina was like a sister. Surely they were safe, and their dress shop couldn’t be the site of the fire. Right?

There’d be no new dresses despite the fireman who saved lives and looked dreamy doing it…but alas, here’s where I pause and let you pick up Six Little Sunflowers for yourself!

I’ve read many novellas by Gina Welborn and this one is as charming as the rest. Gina has a way of taking the odd gem of a story—generally about as unique as they come—and adding captivating characters and delightful details. Six Little Sunflowers surprised me and entertained me. Gina does it every time! I think you’ll enjoy it as much as I did, and it’s a pleasant read-through for a relaxing evening.  I’ll give it five big sunflowered stars!
Posted by Unknown at March 31, 2016