Writing Your Next Chapter IRL (In Real Life) 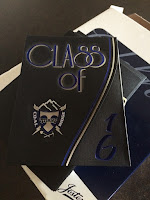 It's the end of an era. I've spent the last twenty-five years (happy birthday yesterday, dear daughter!) MOMMING. I'll always be a Mom, and now a Mimi, but things are a-changin'. 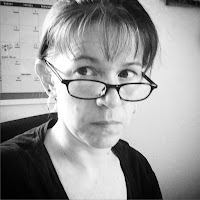 This afternoon I caught a glimpse of myself in the reflection on my computer screen wearing my new reading glasses (in addition to my contact lenses, because I just couldn't keep adjusting the screen resolution and squinting at my Bible in denial).

Last week my husband and I were awakened at 10:30 p.m. (because we're TIRED!) by a strange sound in the kitchen. Hubby got up to investigate and discovered youngest son loading the dishwasher and doing his laundry. Without being told, threatened, or bribed. I nearly passed out.

One night last week hubby and I discovered ourselves HOME ALONE for the first time in... um... I can't remember when. We both fell asleep in the living room, in our respective "old people chairs," watching one of the late night shows. As I right this, I am alone in my house with three dogs. It's weird. I used to treasure the few, rare hours I had at home alone when my husband took the kids on an adventure. Now I treasure the few, rare hours when all my offspring are under one roof. (We're not fully empty nesting yet... Kiddo #2 and Kiddo #4 will be home while they attend our local community college, but it's different.)

I see the signs. It's the end of one era and the beginning of another.

Here's the problem: I don't have a PLOT for the next era! I never got this far in my planning process.
For some people this happens when they graduate from college, for others it strikes shortly after the honeymoon. They just didn't picture themselves past the toss of the tassel or the walk down the aisle. I plotted this far... get the kids grown.

Now I get to "write" the next chapter. Or risk getting stuck in the dreaded sagging middle. Or a squishy middle, which I'm finding more and more applicable, despite rigorous exercise... but that's another subject.

Proverbs 29:18 says "where there is no vision the people perish" (KJV). We need a vision, a hope, for our future. Many marriages fail because there's no vision, no hope for the future after the big, fancy wedding. I mean, it's all fun and games until the toilet's plugged and the bills aren't paid!

So now, in this new season, I have the opportunity to imagine how things will be, to "write" the next chapter. What do I want my marriage to look like? My relationship with my children and grandchildren? My work life? My writing life? My physical health? My social life? My recreation? What shall I do with all of that supposed "free" time I have now?

Everyone is in the midst of some kind of change. Some will falter, some will conquer. I hope to be in the latter category, so I'm building a vision that I hope will carry me through.

How about you? How do you respond to the changing seasons of life?

Niki Turner is a novelist, journalist, blogger, and the production manager for the Rio Blanco Herald Times weekly newspaper, one of the oldest continuously operating newspapers in Colorado. Her first completed manuscript earned second place in the Touched By Love 2009 contemporary category romance contest. She also blogs at www.nikiturner.net.

Niki is a Colorado native who grew up in Glenwood Springs—home of the world’s largest hot springs pool. She married her high school sweetheart 25 years ago. They have four children, four grandchildren, and two West Highland White Terriers.


In 2014, she published “Sadie’s Gift” as one of the Christmas Traditions novella collection with eight other authors.  The Skiing Suitor, one of the Love’s Sporting Chance series published by Forget-Me-Not Romances, released in August 2015. Her most recent project, “Santiago Sol,” was published by Pelican Book Group as part of the Passport to Romance novella collection. She’s currently working on a new novella for Whitefire Publishing, one for Barbour House, and four for Forget-Me-Not Romances.