'Twas the week before Christmas, and up at the North Pole...

Sewing, gluing, hammering, piecing--those elves really put their all into making toys for the children of the world.

But it wasn't always that way, at least, to our knowledge.

The first mention of elves living at the North Pole was in the 1823 poem that helped shape the western view of Santa Claus, Clement C. Moore's "A Visit from St. Nicholas," or "The Night Before Christmas." Santa Claus is referred to as a "jolly old elf."
Apparently, the idea of elves stuck--at least with Americans. In 1850 Louisa May Alcott wrote a book called "Christmas Elves," but it wasn't published. , but never published a book entitled Christmas Elves. In 1857, Harper's Weekly published a poem called "The Wonders of Santa Claus," which tells how Santa "keeps a great many elves at work/ All working with all their might/ To make a million of pretty things/ Cakes, sugar-plums, and toys/ To fill the stockings, hung up you know/ By the little girls and boys."
In 1873, Godey's Lady's Book featured a cover illustration of Santa, toys and elves: "Here we have an idea of the preparations that are made to supply the young folks with toys at Christmas time." Godey's Lady's Book proved rather influential in influencing Christmas customs, including the Christmas Tree. Here, in an 1850 issue, is Prince Albert, Queen Victoria, and their children around their family tree.


Since then, elves seem to strictly wear pointy hats over their pointy ears that match their pointy shoes. They've been associated with Christmas by everyone from Norman Rockwell to the movie "Elf."
In other countries, however, elves don't do the work of assisting Santa Claus. He's helped by nisse in Scandinavian countries (they look like garden gnomes), Zwarte Pieten in Belgium and the Netherlands, Yule Lads in Iceland, and various other apprentices.

Christmas is about far more than elves, of course. It's about Jesus, incarnate, man divine, coming to dwell with us. But in our culture, there's a lot more tacked on, and it causes some stress. Clearly, Christmas is a task few of us can handle alone.

Perhaps we can be inspired to "Be an Elf" this week. Help someone out. Carry a package, open a door, pay for a stranger's coffee. Be a servant.

Even if we don't get to wear a pointy hat. 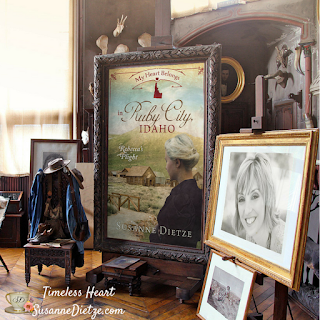