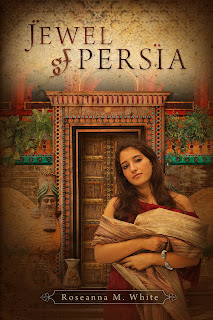 This extraordinary book gives a fresh look at the politics between the wives and concubines at the highest level of a harem. Until I read Jewel of Persia, I never considered how things would work if the king loved one wife more than another. And I never considered what it would be like to be one of many wives if you truly loved the king as a man. How it would feel if you knew he continued to sleep with his other wives. That’s what I liked about this book… it gets right down to the core emotions as well as the social interactions involved.

The story centers around Kasia (ka-SEE-uh), the oldest daughter in a large Jewish family with not much money, but lots of love. One day she makes the mistake of speaking to a wealthy Persian and soon finds herself a concubine in the King of Persia’s harem. Her shamed parents tell her siblings and her friend, the young Esther that Kasia was swept down the river and with that lie, Kasia is cut away from the family she loves and begins her influential climb into the very heart of Xerxes (ZIRK-seez).

If you think this is just another story of Queen Esther’s life, think again, for the actual Biblical tale is only a very small portion of this book. I’ve read many books that marry Biblical truth with fictional characters, but none came close to the heart wrenching storylines in the Jewel of Persia. Using several point-of-views, we discover who is really telling the truth and who just seems to be. Who is willing to die for the king and who’d rather see him dead. Who is acting out of love and whose act of love is a screen for more sinister purposes.

Jewel of Persia is about good versus evil and light against darkness. Steadfast Kasia feels herself surrounded by God's presence as a light shining through the murky veil of evil. It's very effective in showing those who believe in God as the omnipotent Creator who loves and cares for them and those who put their faith in the god of darkness, Ahura Mazda. 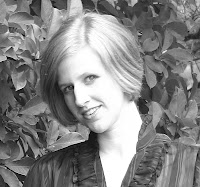 This was the first book I read from this author and although I received it as a gift for review purposes, any books by Roseanna M. White in this genre will now go on my auto-buy list.
If you'd like to know more about Roseanna M White and her books, you can check out her website at http://www.roseannawhite.com/. 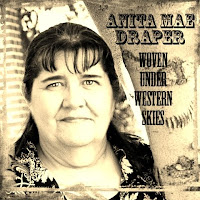 Anita Mae Draper is retired from the Canadian Armed Forces and lives on the prairie of southeast Saskatchewan, Canada with her hubby of 30 plus years and 2 of their 4 kids. In 2005, Anita Mae decided to return to writing and make it a priority in her life. She writes old west stories set on the prairies of Saskatchewan, North Dakota, Montana and Wyoming. Her characters are strong because the land demands it. Anita Mae likes to write characters who sit up and notice when that special person God’s chosen just for them walks by. The story is all about the courtship between the two main characters. But it won’t be an easy path. And if they don’t know about God at the beginning of the book, they will by the end. Anita Mae has semi-finaled in the Historical Romance category of the ACFW's 2011 Genesis contest and finaled in the Inspirational category of the 2011 Daphne du Maurier, the 2011 Fool for Love, the 2011 Duel on the Delta and 2009 Linda Howard Award of Excellence contests. She’s currently waiting to hear the phone ring and have someone say they want to buy Emma’s Outlaw. Meanwhile, she’s working on another story and trying to keep her imagination in check. http://www.anitamaedraper.com/