Hello, my name is Deb and I am an animator.

Which means I don't really have to grow up – ever. 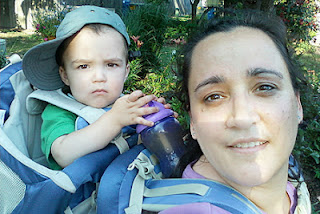 Perhaps I should define what I do, so, according to Mr. Webster -

an-i-mate (verb):
1. to give spirit and support to; encourage
2. a) to give life to
b) to give vigor and zest to
3. to move to action
4. to make or design in such a way as to create apparently spontaneous lifelike movement

Number four must be a more recent addition from Mr. Webster, because it sure wasn't there when I wrote my first school paper about what I wanted to be when I grew up (I DID want to be an astronaut too, but I wasn't science savvy enough *sigh*).

Bunny trail: definitions one and three seem to define the ladies here at the Inkwell as de facto animators - just sayin'…

…and back to the subject at hand:

Life is too short to have a job you hate.

I don't know when this became a credo of mine, but I do know that my pursuit of becoming an animator stems from how the Lord led my mom to raise her children. She always emphasized that God created us for a specific purpose and endowed us with specific skills to accomplish said purpose. Mom also encouraged us to seek out how God wired us and then follow the Path for which that wiring was set. I guess that credo is my paraphrasing of Mom's instruction.

I always knew what I wanted to do as a grown-up. All through childhood (and still now) I drew my own characters and wrote stories about them. I drew so many greeting cards for Mom, (she didn't purchase a card for a good eighteen years) I joked that my middle name was Hallmark. I read what I could about becoming an animator. Most of the time I felt that it was a far off, impossible goal. I didn't take an art class until I started college because the Christian school I attended didn't have any.

Talk about feeling inept. It didn't help that the Dean of the Art School looked upon the commercial artist students as lesser artists (he was a Fine Arts person - very talented but a tad snobbish). I don't have good depth perception - great for cartooning, bad for "real" art. It took a very long time to get past my inferiority complex.

Bunny trail: I do draw well, it just takes a bit longer than my first inclination to cartoonize everything. The lasting effect of that first Dean is I attempt to make sure none of the students who take a class of mine will ever feel like they are lesser artists. End bunny trail.

The thought of "Hey, I CAN be an animator!" occurred when I visited a friend in LA who worked for Disney. She was a clean-up artist on the film The Rescuers Down Under at the time. (yeah, I'm old) She took me around, introduced me to some animators, and showed me what she did. Something in my mind clicked.

As evil genius Gru of Despicable Me is prone to say - "Liiiiight bullllb…" (oh, to have his Minions...)

Bunny trail: the trip to LA also showed me where I NEVER wanted to live. This meant animated feature films would not be in my future, but smaller scale production was a definite possibility. End bunny trail.

Unfortunately, it took another decade before I actually became an animator. Spring of 2000. Graduating with a Masters Degree and working as the planet's most educated Wal-Mart toy department Associate before becoming gainfully employed. I also did freelance animation before the full time gig - nothing huge - small stuff - some that never did see the light of public consumption. Even now, most of the work I do won't ever be seen by the public eye (I could tell you, but then I'd have to kill you.*heh* Kidding... sort of).

I find great joy in my work, even in animating the seemingly mundane. Why? Genesis 1:26-27: Then God said, “Let us make man in our image… So God created man in his own image, in the image of God he created them..."


I like to tell my students that when we animate, we get pretty close to being like God – being in His Image, so to speak. An animator gives seemingly inanimate objects the illusion of life (thus, we can never really be like God, just a good imitator). It's a pretty cool thing - being an echo of God and breathing "life" into something inanimate.

Bunny trail: My favorite animator is Chuck Jones who was known for quoting one of his instructors "All of you here have one hundred thousand bad drawings in you. The sooner you get rid of them, the better it will be for everyone." I've applied that to my learning the craft of writing as well (attempting to tie animation to writing here, work with me). So, I keep writing those "bad drawings", the sooner I get rid of them… End bunny trail.

Speaking of students - I taught a fundamentals of 2D animation class this past semester. Students were assigned a nursery rhyme to animate (a side effect of my having a toddler in my household). It had to be 30 seconds long/short. Thirty seconds doesn't sound like much until you realize that it is 900 frames - 450 images if you animate on twos - that is, one image for every two frames (video runs at 30 frames per second, film runs at 24 frames per second). I asked a few of them if I could “show” their work of here and they were kind enough to say yes. Feel free to click the links and see the talent I was blessed to guide. I'm proud of them and their fledgling efforts (much better than my first meager attempts...).


I happened to animate a nursery alongside them, mostly because it was a fun exercise for me and partly to give them something to see that I've done. Students don't always get to see their teacher's work. If I were one of my students, I'd probably give myself a 'B' on this project.


I've also provided a link to my Graduate project that got a three day theater run (the University film festival so the town could see its student's work). I even got a decent review from the local Film critic. It's my one complete romance “book” (five minutes animation = 7200 frames, animated on twos, so 3600 drawings. If a picture is worth a thousand words... um, I'll let you do the math *heh*).

Talking about it would require a whole other post – but hopefully you will enjoy and perhaps get some insight into how my mind works. It's a story about what happens to socks that get lost in the laundry.

The tag line is: Every sock dries... Not every sock really lives.
Hook you yet?


Thanks to the Inkies for the invite to write and thanks for taking the time to read my ramblings.

Questions: What did you want to be when you “grew up”? Did you always know, or discover it late? What is your favorite animated film?

Giveaway: Did you like the 2 small avatar samples in Deb's post? Deb is giving away a custom-made animated GIF avatar to one person who comments on this post by Sunday midnight, April 29th. All she requires are the winner's blog rules and parameters so she can do it properly. She's still learning, but she'll give it her best shot.

Deb Harkness is a full-time animator and occasionally is priviledged to pass on her graphic skills/knowledge as an Adjunct Professor at Regent University in Virginia Beach. She is wife to a retired Botswains Mate and mother to an adorable toddler who answers more often to Guppy than his given name. She and hubby met while scuba diving (thus the unfortunate moniker for their child unit) and hope to pass on a love for all things nautical (and nature) to their son. Deb also dreams to one day join the ranks of published authors, either in the Children's market (she draws/animates stories for Guppy) or Romance - she's listening to guidance from God on that. Either way, she plans to follow said guidance since He's done such a great job guiding her life thus far.