Today in History - The Launch of the Titanic 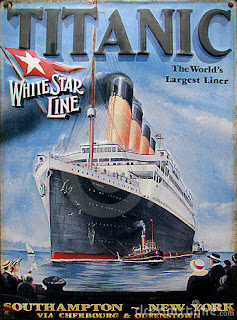 On April 10, 1912, one hundred years ago today, the RMS Titanic set sail from Southampton, England, for New York City. She carried 2,224 people. 1,514 of those people would go down with her four days later. Even after a hundred years, the sinking of the Titanic remains the most well known maritime disaster in history. The loss of so many lives and of the ship that was the opulent technological marvel of its day still fascinates us.

One of the things that has always made an impression on me when reading about the Titanic is the passenger list. Many of them were immigrants heading to the Land of Opportunity to make their fortunes or escape insupportable situations in their home countries. At the other end of the spectrum, though, were some of the richest and best known people of the day.

John Jacob Astor was the wealthiest passenger aboard. He perished on the Titanic 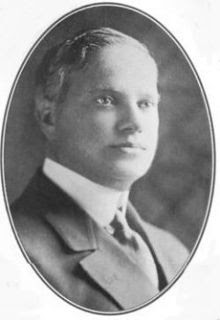 , but his young second wife survived and, four months later, give birth to his child.

Another fabulously wealthy passenger was Benjamin Guggenheim. His wife and family were at home in New York while he and a female companion sailed on the Titanic. He may have been a cad in that respect, but after he and his manservant helped women and children into lifeboats, they changed into their best formalwear and stayed aboard the Titanic, waiting patiently for the end to come, determined to die like gentlemen. In a message to his wife, he said, " No woman shall be left aboard this ship because Ben Guggenheim was a coward."

Lady Duff Gordon designed clothing for the rich and famous, including Isadora Duncan, Oscar Wilde and the British royal family. She and her husband both survived the sinking of the Titanic, but the lifeboat they were in, with room for sixty-five, contained only twelve people. They were accused of bribing crew members to not allow more people into the boat but were eventually absolved..

Also among the wealthy was "The 'Unsinkable'" Molly Brown, the daughter of a poor Irish immigrants and wife of a silver miner who struck rich. Always practical, she took charge of the lifeboat she was in, kept the women rowing until they were rescued and even shared her furs to keep others warm.

J. Bruce Ismay, the managing director of the Titanic's White Star Line was aboard for her maiden voyage and was rescued, only to be excoriated by the press of his day for not giving his place in one of the lifeboats to a woman or child who might have otherwise survived. 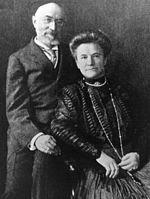 Perhaps the most touching story of the Titanic's wealthy passengers is that of Isador and Isa Strauss. He was a partner in Macy's Department Store in New York, and the elderly couple were returning from a holiday in Europe. When the ship began to sink, she nearly got into a lifeboat and then suddenly refused. "I will not be separated from my husband," she said. "As we have lived, so will we die, together." And so they did.

And [Jesus] told them a parable, saying, "The land of a rich man was very productive. And he began reasoning to himself, saying, `What shall I do, since I have no place to store my crops?' Then he said, `This is what I will do: I will tear down my barns and build larger ones, and there I will store all my grain and my goods. And I will say to my soul, "Soul, you have many goods laid up for many years to come; take your ease, eat, drink and be merry."' But God said to him, `You fool! This very night your soul is required of you; and now who will own what you have prepared?' So is the man who stores up treasure for himself, and is not rich toward God."

Whether they were selfless or selfish, brave or cowardly, these wealthy people soon found that the amount of money they had made little difference as the Titanic sank under them. When I think of them, I can't help wondering if they had true riches.
What particularly interests you about the Titanic?How do you think you would react in a disaster of this kind?

DeAnna Julie Dodson has always been an avid reader and a lover of storytelling, whether on the page, the screen or the stage. This, along with her keen interest in history and her Christian faith, shows in her tales of love, forgiveness and triumph over adversity. She is the author of In Honor Bound, By Love Redeemed and To Grace Surrendered, a trilogy of medieval romances, and Letters in the Attic, a contemporary mystery. A fifth-generation Texan, she makes her home north of Dallas with three spoiled cats.
Posted by DeAnna Julie Dodson at April 10, 2012