Theatre On The Hoof

by Anita Mae Draper
One of the projects I'm working on is set at the turn of the century in the North-West Territories  (NWT) in what is now officially the Province of Saskatchewan. (Not to be confused with the present day NorthWest Territories above the 60th parallel aka arctic.) The NWT is where the NorthWest Mounted Police were formed in 1873. Yes, those stalwart men in red serge and white pith helmets who were the forerunners of today's familiar Mounties.

Last summer, I toured Fort Walsh in the southwest part of the province where the geographic anomaly, Cypress Hills, is located. It is over the border (and a bit) from the infamous Fort Benton, MT which played a role in the Mountie history.

An event that helped shape the Canadian West was the arrival of Sitting Bull and his band, fresh from the June 25, 1876 Battle of Little Bighorn, which is also known as Lieutenant Colonel George A. Custer's Last Stand. Sitting Bull led his people across the U.S./Can border which they called, The Medicine Line.

Major James M. Walsh, officer in charge of Fort Walsh, took, a sergeant and three troopers and rode into Sitting Bull's camp and demanded to speak to Sitting Bull. That began a relationship between the Mountie and the Chief that would last for years. I won't relay all the dramatic events here, because you can read about it on websites like www.historynet.com/sitting-bull-and-the-mounties.htm.

In 1881 when Sitting Bull finally surrendered and returned to the U.S., a small band of Lakota refused to go back. They wintered in the Wakamow Valley in what is now the city of Moose Jaw.

For 3 years during the 1980's I was posted to the airbase at Moose Jaw. At that time, there was a Wild Animal Park in the Wakamow Valley where we could go see cougars, bobcats, bears, etc. Hubby loved to visit in the evening when the animals were prowling. He could make the bobcat growl just by the way he looked at him. It was a private park, however, and the owners sold the land and shipped the animals away. For decades, the beautiful valley lay abandoned, in disrepair, and open to vandals.

That is all changing. I'm thrilled to announce that on July 1st, Burning Sun Productions is using the natural ampitheatre of the Wakamow Valley as the setting for the live Theatre on The Hoof production of A Real West Show. Based on the beginnings of the NWMP and their relationship with the American guests who crossed The Medicine Line, the production will show the splendor, gravity, and bravado of that historic era.

The Wakamow Valley clean-up has begun. Restroom facilities are being constructed. The actors are learning their roles. Horses are being chosen for the production as well as to pull the wagons that will transport guests from the parking lot, across to the open-air theatre.

I volunteered to help spread the word through social media. This project is very important to me for several reasons:

I found a video to give some details about the NWMP/RCMP, and their uniforms. It's quite interesting, although long, but the final couple minutes are talking about the Legion uniform and can be missed IMHO.

Have you been to a live production like this, or one of the Passion plays, etc? What are your thoughts/memories of the experience. 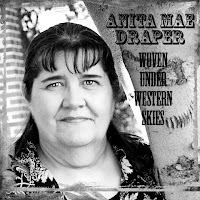