(The following post originally appeared on The Pastor's Wife Speaks on March 25, 2011)

One of the TV shows I enjoy watching is House Hunters. If you're not familiar with it, one family is showcased per episode. They always look at three different houses, and in the end they buy one. The fun is imagining which house might work best, weighing the pros and cons of each, then trying to guess which one will be purchased.

Tonight, I saw an episode about a family with four children who needed to downsize because the husband had been let go from his banking job. My heart immediately went out to them. How terrible to have to leave the home you expected to live in forever. (A 7200 square foot home.) But due to finances, it was important that they cut back anywhere they could. 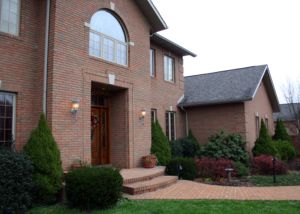 They were being realistic... or so I thought. But then we found out the couple's maximum purchase price: $400,000. And then we started seeing the homes. When the realtor told them the first house was 3400 square feet, the wife looked shocked and said, "That's so small."

It quickly became clear that "downsizing" meant something different to them than it means to me. In each home, when they found something that was old or they didn't like, they both responded with, "We'll have to replace that" or "that'll need an upgrade." After a while, I started to feel like I was listening to two spoiled children rather than a couple trying to be fiscally responsible.

There's nothing wrong with wanting nice things. There's nothing wrong with enjoying the fruits of your labor. But it's important that we open our eyes and see things for what they really are. When we discern our needs from our wants, we're freed from envy. Freed from being unsatisfied. Freed from depression over not having. By seeing how God fulfills our needs, we are more fully able to praise him when he blesses us with the things we want. What a good and gracious Father he is!

How about you? Have you ever needed something, only to realize later that it wasn't as necessary as you thought? How do you deal with those "gotta have it" feelings?