Q & A With Susan Diane Johnson (and a giveaway!)

Update:
The winner of a copy of Suzie Johnson's debut novel No Substitute is:
Suzy Wagner 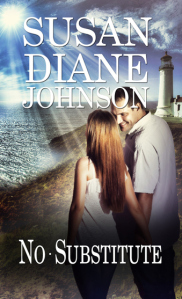 The Week of Suzie continues, celebrating the release of her first novel, No Substitute! Today Susanne picks Suzie's brain about her book and writing journey.

Congratulations on the release of your debut novel, No Substitute! Give us a preview of the book.

Thank you, Susie. No Substitute is a contemporary romance about a woman who goes back to the small town where her heart was broken. She knows the man who broke her heart is still there and she dreads running into him. At the same time, she’d love to have just one glimpse. Of course she gets much more than she bargained for.

Is No Substitute the first book you’ve written?

It isn’t the first book I wrote, but it is my first contemporary. I think I wrote two-and-a-half historicals before I wrote No Substitute.

How did you learn the news that your book was being published? How did your family react? 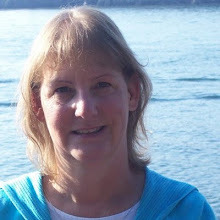 I received an email from the editor telling me they’d like to publish the book. I immediately called my son since I’d promised him he’d be the first to know if I sold a book. He didn’t answer. I called him several times because I was just busting to tell someone but didn’t want to break a promise. Finally I texted him, and he called me right back. He was very happy and excited for me.

After I finished talking to him, I decided I wanted to go out to dinner with my family and tell them. Of course I had to tell my husband first, and he was – of course – wishing it meant he didn’t have to go back to work. But we all know that would be a rarity for a first sale.

He had to go back to dreaming…and inviting his brother, sister-in-law, and brother-in-law to dinner. I invited my mother. This wasn’t odd to any of them, because we often go to dinner together. But this time when inviting them, my husband said I had something to tell them. So they knew something was up and kept bugging him. And so…he told them I was pregnant. Of course they burst out laughing and realized it was a joke. Anyway, they were very happy and I had to make them promise not to tell anyone until I could call the family members who live far away. It was fun, and I hope I get the chance to do it again soon.
The cover is stunning. Can you tell us how it was designed?

Thank you. I love everything about the cover. Nicola Martinez, the publisher of Pelican Books, designed my cover. I sent her two photographs I’d taken. One is of a bluff where I like to walk and another of a lighthouse near one of my “writing spots”. I told her what my characters looked like. All of those elements were incorporated into my cover and I’m so happy with the way it turned out.

What are your favorite things about your hero and heroine?

I love the way Quentin’s relationship with his daughter. I love that he’s trying to do the right thing for her. Even if he doesn’t always get it right or if it’s out of his comfort zone, he doesn’t give up. He’s also very forgiving.

Amy is stepping out in faith by coming back to town. It’s the place her heart was broken and she doesn’t want to revisit it. But circumstances throw her directly into the path she didn’t want to take, and she finds a way to press forward.

Speaking of Quentin's daughter, Shayna is a spunky thing! Were you like her as a kid?

Shayna wasn't based on me. I was never precocious. (Good thing you can't see my expression right now) She just kind of appeared in my stream of conscience when I was in water aerobics one day. She fueled the entire story. I actually toyed with adding her viewpoint, but it didn't ring true whenever I'd try to write her viewpoint so I took it out.

He was based on a goose my husband had when he was little.  Rufus was his name, and he would fly along when my husband was walking to school. And Rufus would meet him at the end of the day and fly alongside on the way home. We had ducks for several years, in our backyard and we do live in the middle of town. I'm not sure we could do that now because things have changed so much. But just like Shayna's pet duck, the mayor really did used to bring lettuce over and feed the ducks.

When I was with you at RWA, I was amazed by how many ideas for different novels you have going on in your head. What’s your inspiration? How do you find time to write, busy as you are?

Things that inspire me are the waves at the beach, sea creatures, fields of lavender, music. They don’t necessarily fill my head with ideas, but they fill me with joy and hope and help me maintain my inspiration to write.

I have a difficult time carving out writing time. I used to write on my breaks at work, but it’s hard to do where I work now because everyone in my office goes to lunch at the same time. They are a very close-knit group, and I’m either a part of it or I separate myself from them. I choose to be a part of the group because I’ve never worked in an office that was like family before. I can’t always write at night because my brain is so tired, so I try to write on my days off.

One fun fact about you: You love Disneyland! What do you love about it?

I was 43 when I first had the chance to go. My son couldn’t go, my husband didn’t want to go, and so I went with my mother. It was a lifelong dream to go there, and I was absolutely enchanted with everything I saw. But the most indelible memory I have is of my mother laughing harder and more joyously than I’d ever seen. I will treasure that memory forever. I’ve been back several times and my mom goes with me. I never get tired of seeing her let go and relax. I’ve also been able to take my son a couple of times, and we always have such fun together.

I love the way grown people can just let go and hold a little bit of childhood close to their heart. It’s a place of dreams. Cinderella and Snow White – sigh… I loved them so much when I was growing up. To visit their “home” was really a dream come true for me. And of course I love love love the rides. What can I say? Perhaps like Peter Pan, I’ve never grown up.

I had fun hanging around Disneyland with you and Anita Mae Draper. "Star Tours" forever! Anyway, back to your writing journey... Being a writer is a solitary endeavor, but no one does it completely alone. Who has been your support?

My son has been my biggest supporter – always. Then my parents, sister, and husband. Close friends. My critique group. The Inksters. I am so blessed to have so many supportive people in my life.

Thanks, Suzie! I loved No Substitute and I wish you every success.

More about No Substitute:

First loves never last . . . except when they do. When Amy Welsh returns to Goose Bay as a substitute teacher, she has no intention of seeing Quentin Macmillan, the man who once left her waiting in the rain clutching her suitcase and dreaming of becoming his wife. Seventeen years later, his teenage daughter shows up in Amy’s class with plans to reunite her widowed father with the woman he has always loved. When the assignment is forgiveness and healing, will this young teacher pass the test?

If you'd like to be the drawing for a copy of No Substitute, please let us know in your comment and leave your email address!