"In literature, a serial is a publishing format by which a single large work, most often a work of narrative fiction, is presented in contiguous (typically chronological) installments." ~Wikipedia

Due to the cost of printing and the desire to expand readership, magazine and newspaper publishers in the 1700s began experimenting with serial stories. This type of fiction surged in popularity during the Victorian-era. Some of our most popular authors published in serial format: Charles Dickens, Henry James, Arthur Conan Doyle, Leo Tolstoy, Herman Melville, Tom Wolfe, Steven King, and Orson Scott Card. Until I looked into the history of serial stories, I didn't know Uncle Tom's Cabin by Harriet Beecher Stowe was "published over a 40-week period by National Era, an abolitionist periodical, starting with the June 5, 1851 issue."

Several years ago, the Inkies wrote a serial story, which you can re-read here.

Next month at Inkwell, we will participate in a serial story blog tour featuring several CBA authors.

In honor of the serial story, I thought I'd share one the ladies at Colonial Quills have written as a Christmas gift for their readers. Our own Inky author, Dina Sleiman, will be wrapping up the series with "Epiphany!"

While harvesting, the German settlement near New Market, Virginia receives warning of an impending attack by French and Indians war parties. They flee to a quickly cobbled refuge, Fort Providence—for they will surely need to rely on God’s Provision. The forted colonials long to celebrate the holidays and await the arrival of visitors.
Part 1 - Inside Fort Providence by Carrie Fancett Pagels (Nov. 5)
Part 2 - A Providential Proposal by Susan Craft (Nov. 12)
Part 3 - Landlocked by Carla Olson Gade (Nov. 19)
Part 4 - Preserve my Life From Fear by Elaine Marie Cooper (Nov. 26)
Part 5 - A Gift from Buckskin Samson by Kathy Maher (Dec. 3)
Part 6 - Narrow Passage by Pat Iacuzzi (Dec. 10)
Part 7 - Untitled by Lynn Squire (Dec. 17)
Part 8 - Christmastide by Carrie Fancett Pagels (Dec. 24)
Part 9 - Amish Snow by Kelly Long (Dec. 31)
Part 10 - Epiphany! by our Inky Dina Sleiman (Jan. 7)
Question of the Day: Do you enjoy serial stories? If so, what would you like to see one written about? Setting? Lead characters? 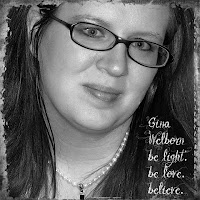