What Makes You Buy a Book?

A lot of writers, and readers, are talking about book reviews right now thanks to Amazon.com. In recent months, Amazon has attempted to combat a growing problem with their book review process, but no one is pleased with their heavy-handed methods, which have involved the systematic removal of reviews Amazon deems "suspicious."

In our age of social media and oversharing, authors have, wisely, taken advantage of online platforms to solicit reviews of their books from fans and followers. The better (and more) reviews on sites like Amazon and Goodreads, the higher the author's sales ranking, better visibility for their product, and higher sales numbers. For authors who are now required by publishers to master the art of self-promotion, asking friends, family, and fans for reviews is just common sense. 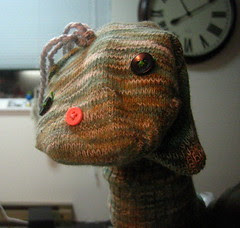 But, thanks to our fallen world, there are some cretins out there. As The New York Times explained in a Jan. 20, 2013, business article:

"The retailer (Amazon), like other sites that depend on customer reviews, has been faced with the problem of so-called sock puppets, those people secretly commissioned by an author to produce favorable notices. In recent months, Amazon has made efforts to remove reviews by those it deemed too close to the author, especially relatives."

As if pumping up your own numbers using an alias wasn't unethical enough, the flip side of the problem involves, um, evil sock puppets using false aliases to slam their competition...

"The first of several recent crises occurred in September, when detective work by another author exposed the award-winning British crime writer RJ Ellory, who (recalling the online misdemeanours of the historian Orlando Figes) had used the "sock puppet" alias Nicodemus Jones on Amazon to attack rivals.
Nicodemus Jones also gave Ellory's own work five stars (one book was deemed "a modern masterpiece"), however, and it was log-rolling, not nasty notices, that evidently preoccupied Amazon's monitors over the following months.
In a crackdown, reviews were deleted without notification – often several by the same reviewer – on grounds only later explained: writers were no longer allowed to comment on others in the same genre, and the guidelines also barred reviews written by "a person or company with a financial interest in the product". Some rave reviews by family members and friends disappeared too, with Amazon's ability to identify them as such seen as sinister." (excerpt from The Guardian, Jan. 25, 2013)

In my opinion, the review system is inherently flawed. It doesn't matter whether it's Amazon, Goodreads, or the arts and entertainment pages of the nation's largest newspapers and magazines, a review is one person's opinion. It might be an educated opinion, it might be a biased opinion, but it's still just an opinion. And when we start basing our lives on other people's opinions, we end up in trouble. The ability for every Tom, Dick, and Harry on the Internet to post public reviews means we, as consumers, are going to have to become ever more discerning. If we look to reviews to guide our purchasing power, we need to make sure we are listening to the voice of the Holy Spirit on the inside.

But when he, the Spirit of truth, comes, he will guide you into all truth. He will not speak on his own; he will speak only what he hears, and he will tell you what is yet to come.

All this talk about book reviews, which I *blush* rarely read, and find horribly difficult to write, has gotten me thinking... what is it that prompts me, attracts me, or influences me to buy a book most of the time? What about you? Let's find out with the following survey how many of us are review-led, or drawn to a bright and shiny cover, or attracted by a snazzy title.

Niki Turner is a writer, former pastor's wife, mother of four, and grandmother of two. She is a self-confessed failure at coming up with catchy taglines for her writing, her purpose in life, or what she hopes to achieve in the future. Suggestions are welcome.
Posted by Niki Turner at February 18, 2013