I wasn’t sure what to expect from the movie, Saving Mr. Banks. From the previews, I knew the subject matter surrounded one of my favorite movies, Mary Poppins, and my all-time favorite movie maker, the iconic Walt Disney. Also from the previews, I could see that Walt Disney had meetings with PL Travers, the author of Mary Poppins, and that Mr. Disney coaxed Mrs. Travers onto a ride at Disneyland.


So this movie appeared to be about a writer. And she went to Disneyland, with Walt himself.

That’s all I needed to know. I absolutely couldn’t wait to see this movie.

When I was little I was fearless. I used to climb the steps to the tallest playground slide – the one for the bigger kids – in the snow. I’d stand up on the platform, and instead of sliding down, I’d jump off the side with my umbrella open and pretend I was Mary Poppins. My landing was always less than graceful, but it didn’t matter. I loved Mary Poppins. I owned the record album based on the movie, and knew by heart, and still know, all the songs from the movie. 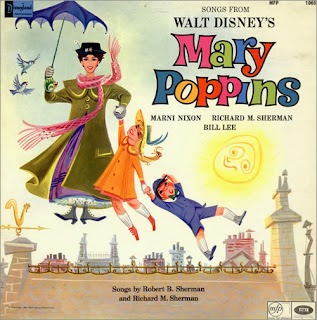 This was a movie that was sure to capture both the child, and the writer, in my heart.  This movie would be perfect. Oh, yeah.

The premise of the movie is that Walt Disney’s daughters fell in love with the children’s books about the magically wonderful nanny. They loved Mary Poppins so much they begged their daddy to make her story into a movie. The only obstacle was the author herself. She did not want her beloved nanny Disneyfied. Fast forward twenty years, and she’s now in meetings with Mr. Disney. That’s when the movie begins. 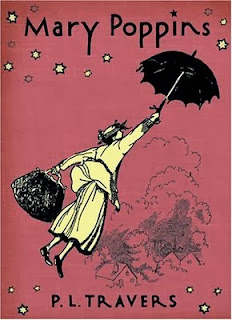 There are a lot of elements missing from the movie’s previews, and you won’t read about them here. You need to experience them for yourself to gain a deeper understanding for PL Travers, Walt Disney, and Mary Poppins.

The scenes between Walt Disney and Mrs. Travers were priceless. Those, as well as the other scenes that made this movie stellar, would be spoilers and I can’t bring myself to do that.

Mrs. Travers insisted all of her meetings with Disney and the Sherman brothers be recorded. She was indeed a pill to work with. There are moments during these scenes when you’ll think, “I really don’t like her.” But as the layers are peeled away, you’ll soon wonder why you ever felt that way.

One scene in particular, between Mrs. Travers and the Sherman brothers, the composers who did the music for Mary Poppins and countless other movies, was the first of many scenes to bring tears to my eyes.

Oh, did I forget to tell you that you should bring some Kleenex? Even the most cynical heart will need it.
Tom Hanks, Emma Thompson, Paul Giamatti, are all unforgettable in this film. Each owned their role, but Tom Hanks truly embodied the role Walt Disney. It was easy to be swept up in the magic these three actors created together.

Clips of Disneyland and 1960s Hollywood gave flavor to the film, as did Walt Disney’s favorite mouse. Mickey appears more than a few times in the movie, and managed to deepen my love for him.

Also, there's some guy named Colin in the film, a guy many of my friends have raved about a time or three. Personally, I wasn’t that familiar with him, and wouldn’t have recognized a picture of him. Please don’t throw your shoes at me. After seeing this movie, it’s a guarantee I’ll never forget Colin Farrell. Remember what I said before about Kleenex? You’ll need lots.

For most of the movie, the theater was silent, seemingly breathless, and when it was over, no one moved from their seats. And after the credits, before the audience slowly made their way out, they gave their approval in the best way possible: resounding applause. 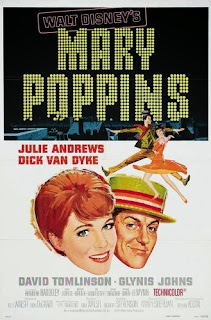 Saving Mr. Banks truly was a wonderful movie, and I’m looking forward to seeing it again. When it comes out on DVD, it would be lovely if they paired it in a box-set with Mary Poppins.

Did you ever read the Mary Poppins books?
Do you have a favorite song from the movie, Mary Poppins?

Susan Diane Johnson recently sold her third novel, and first historical, Sweet Mountain Music, to WhiteFire Publishing. Her first two novels, True North (January 2014), and No Substitute (available now), are both contemporary inspirational novels with The Pelican Book Group. Suzie is a wife, mother, and a cancer registrar at her local hospital. She lives close to her mother, on an island in the Pacific Northwest, with her husband and their naughty little cat.