Normally I write historical novels, but when I saw the submission call for the Passport to Romance line from Pelican Books, I got really excited. They were asking for romance novellas to take place in specific cities around the world—a place you need a passport to travel.

One of those cities was Londonderry. As a person born in N. Ireland where Londonderry is situated, I simply had to write this book. I was salivating—I wanted to write this book so badly, because I didn’t need to do research, but could draw on recent memory. Many of the bed & breakfast scenes in this novella were inspired by the memories of my aunt's farm and beautiful Irish farmhouse. In fact, I ended up dedicating Londonderry Dreaming to my Aunt Maggie who is now with the Lord.

There were times I needed to verify details. For example, it was an honor to communicate over email with the Vicar of St. Augustine’s Church in Londonderry. Not only did I receive the vicar's permission to use the ancient church in my novel, but a blessing as well, and help from the congregation. The church, but mainly the stained glass windows of St. Augustine’s were the inspiration behind this romance. 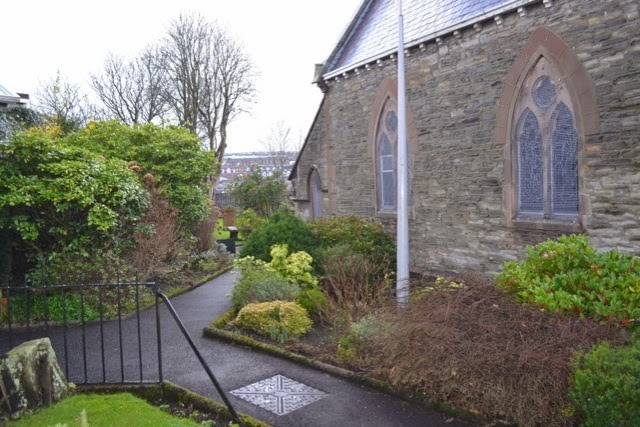 My daughter Lana and I visited St. Augustine’s back in 2006, and I was admiring one stained glass window in particular—the one depicting Ruth and Naomi. 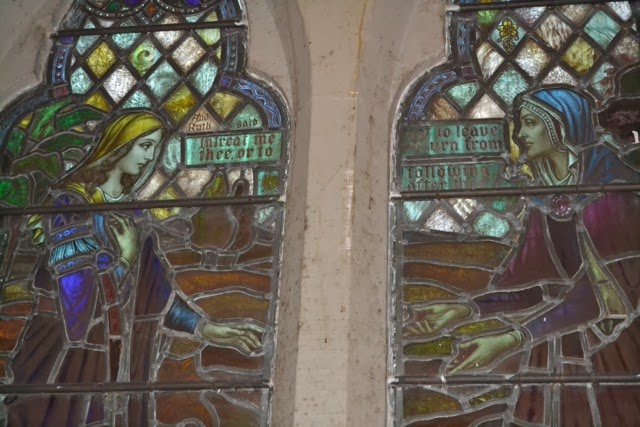 That biblical story had given me hope over the years when I was searching for Lana’s older sister, Sarah.  Sarah was the child I had relinquished to adoption and was reunited with 20 years later. I took encouragement as I read how Ruth and Naomi developed such a close, loving relationship in their adult life. Thy people shall be my people...thy God shall be my God. That entwining of hearts and lives was what I hoped for with Sarah, the kind of relationship I already shared with Lana.

God graciously gave me that precious relationship with both of my daughters. What an indescribable joy it was to see my daughters, Sarah and Lana, as the models on the front covers of my first two books, Shadowed in Silk and Captured by Moonlight, a bit like those gorgeous stained glass windows depicting Ruth and Naomi. 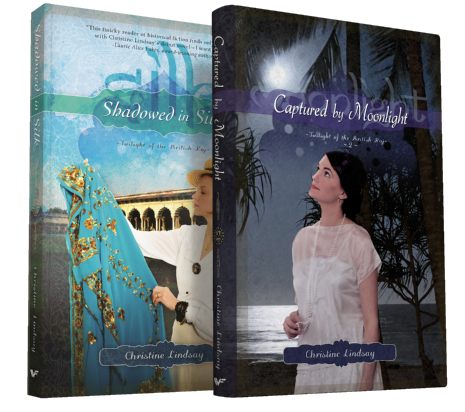 Having such an emotional connection to St. Augustine’s assured this church a significant role in my romance novella, Londonderry Dreaming. 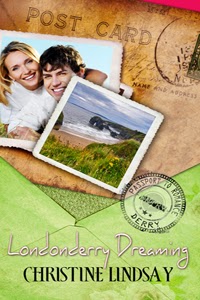 Writing about the land that I am proud to have been born in, and showing a small aspect of its unusual beauty was a personal joy. I know what those emerald green fields are like. The ancient stone boundaries, the medieval wall surrounding the old city of Londonderry, the rush of the surf along the jagged coastline on the North Sea, and the world-famous Giant’s Causeway.

A few readers of the book have asked me about the Irish brogue in the story. I really hope readers will enjoy this humorous aspect, especially the dialogue from the 'Irish cousins'. I pretty much stole phrases from my real-life cousins and injected them into the novel. But to a lesser degree, this is the way I speak when I spend time with my relatives. There is also a certain rhythm to the Irish accent which I have naturally.

For a short trip to N. Ireland, watch this minute long book trailer for
Londonderry Dreaming

Acclaimed New York artist, Naomi Boyd, and music therapist, Keith Wilson, loved one another five years ago, until her grandfather with his influence over Naomi separated them.

That root of bitterness keeps them apart until a letter from Keith’s grandmother, Ruth, draws Naomi to Londonderry to find she’s too late. Ruth has passed on. After the death of his beloved grandmother, Keith has also come to Londonderry only to open the door to his past…Naomi...beautiful as ever, the girl who broke his heart.

A mysterious painting in Ruth’s attic brings up questions about their grandparents’ entwined past and their own broken romance. But more comfortable with the unspoken languages of art and music, Naomi and Keith find it difficult to share their old hurts and true feelings.

Will the majestic coastline of Northern Ireland inspire them to speak the words to bring peace to their grandparents’ memory and to rekindle love?

Christine Lindsay Bio:
Christine Lindsay was born in Ireland, and is proud of the fact that she was once patted on the head by Prince Philip when she was a baby. Her great grandfather, and her grandfather—yes father and son—were both riveters on the building of the Titanic. Tongue in cheek, Christine states that as a family they accept no responsibility for the sinking of that great ship.

It was stories of her ancestors who served in the British Cavalry in Colonial India that inspired her multi-award-winning historical series Twilight of the British Raj, Book 1 Shadowed in Silk, Book 2 Captured by Moonlight, and Christine is currently writing the final installment of that series called Veiled at Midnight to be released August 2014.

Christine makes her home in British Columbia, on the west coast of Canada with her husband and their grown up family. Her cat Scottie is chief editor on all Christine’s books.