Yours, Mine, and Ours

So continuing with the love theme, I want to talk about the movies we love. You know, the movies you wind up watching over and over again. The ones that we cuddle up with on a rainy day when there’s no one around to whine, “not that one again!”

I tried and tried to narrow it down to the best. The top, the numero uno. But, being an American I like to have lots and lots of choices. And being a woman, I want to be able to change my shoes, er—movie to suit my mood. All in all I decided the job was just too hard. So I pawned it off on you.

Here are my top picks, sorted by mood. You guys tell me which ones are the best. Or tell me which movies you like better. I.e. The ones I forgot to include.

Okay, your turn. What moods did I forget and what movies. Oh, I’ve got one, The Princess Bride. I should have put that on the list. Anyone else? 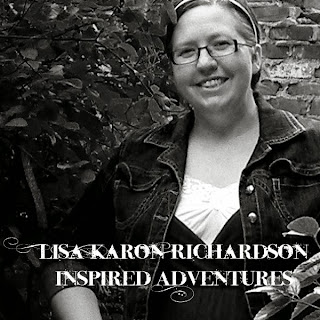 Influenced by books like The Secret Garden and The Little Princess, LISA KARON RICHARDSON’S early stories were heavy on boarding schools and creepy houses. Now, even though she’s (mostly) grown-up she still loves a healthy dash of adventure in any story she creates, even her real-life story. She’s been a missionary to the Seychelles and Gabon and now that she and her husband are back in America, they are tackling a new adventure, starting a daughter-work church in a new city. Vanishing Act, the second in the Charm and Deceit, series co-authored with Jennifer AlLee, released in September 2013 as did “Midnight Clear,” part of the MISTLETOE MEMORIES collection.
Posted by Lisa Karon Richardson at February 12, 2014