Book Review: In Your Eyes

I’ve mentioned before that I adore books with unusual settings. Of course, I also noted in my last post, a movie review, that I found a character’s line about aspiring to read but never having time enormously funny because it so accurately describes my life right now. However, the combination of (1) a free Kindle book with an unusual setting and (2) 20+ hours in the car over Memorial Day weekend ended my drought.

Ruth Axtell/Ruth Axtell Morren has written a number of books for the now-defunct Steeple Hill single title line, for Love Inspired Historicals, and for Revell—mostly set in 19th century England and Maine. In Your Eyes (written as Ruth Axtell) is available only in digital format and seems to be either self-published or small press published. The setting combines an unusual time period (1641) with an unusual place (Amsterdam).

The 17th century is a favorite time period of mine. In fact, I, er, know someone (a, um, friend—yeah, a friend) who has an unsold book-of-the-heart set in the early 1600’s that has never been able to find a home in the publishing world. Alas, I seem to be in a minority in my love of 17th century settings, and offerings from the major print publishers are few and far between. Fortunately, the digital age has made niche genres and settings more widely available.

The 17th century was a period of great change. In some ways, it’s not that long ago. Shakespeare was still writing as the century opened, gunpowder was altering the nature of warfare, and in England, the Civil War would forever change the way we look at monarchy and the divine right of kings. And yet, in other ways it has a very Medieval feel. Soldiers still wore armor, Christians slaughtered others and each other on a massive scale in the name of Christ, and people were still burned at the stake. (But not witches in Salem, Massachusetts. Contrary to popular belief, they were hung.)

In England, the Elizabethan age gave way to the Jacobean monarchs (starting with King James I of the King James Bible fame, whom I wrote a little about here). In the "New World," it was the beginning of English colonization and the makings of modern America. (I wrote about the earliest years at Virginia in my post here and about Massachusetts' Puritans and Pilgrims here. Oh, and be sure to go back and read my post about Bacon’s Rebellion, America’s first “war of independence," here.) The Thirty Years war devastated the European continent during the first half of the century. (Yep, I wrote about that one too.) And in the newly liberated Netherlands, it was the Golden Age. No, no links—yet. That’s what this post is about. 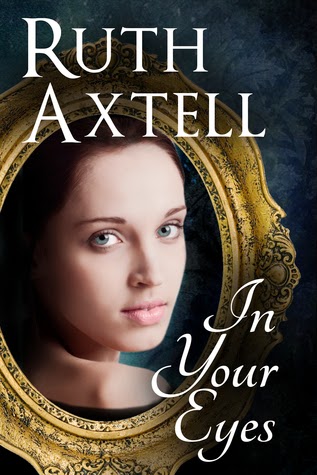 Here is the Book Description for In Your Eyes:

1641 Amsterdam.
When Francesca di Paolo is abducted by a band of brigands on her way home to Amsterdam, little does she realize she will become a pawn in a game of revenge. A budding artist, Francesca is enthralled by her rescuer, Dirk Vredeman, and would love to paint his portrait. Dirk, raised on the streets and surviving by his wits, has spent the last 20 years in the East Indies, where he has amassed a fortune. Now he has returned to Holland to destroy the man who destroyed his mother--the man who is Francesca's guardian, and to whom she owes her loyalty and gratitude. Will Francesca betray Dirk when she discovers the truth? Set in the Golden Age of Holland, the era of Rembrandt and the Dutch masters, the great traders who brought back the riches of the East Indies, and the Amsterdam merchants who speculated with them on the stock exchange, In Your Eyes is a story of love and loyalties, tenuous trust against age-old betrayal.

First, a word of caution: I found the sensuality level in this book higher than other Christian romances I’ve read. While the bedroom door is shut, we do get to stand right outside it. If you share your books with young teenagers, you should read the book first and then determine if the content is appropriate for them.

That said, I enjoyed the romance. Dirk is an especially tortured hero (of the kind I especially like), and the main characters are well matched. The faith elements are light but pick up near the story’s climax. Though unusual, the setting is well drawn and easily accessible. And because the characters would have been speaking Dutch rather than 17th century English, the author doesn’t have the issue of how much Shakespearean/King James-ish language to incorporate.

There is a glossary of Dutch terms which are sprinkled lightly throughout. However, the glossary is at the end of the book, and since I was reading a digital version, I didn’t find it until I’d finished. Since I’d just recently read a book set in the Netherlands (and given the fact I grew up in a Dutch-settled Midwestern town), I didn’t have any difficulty on that front. For most people though, I think it would be helpful to know about the glossary when they start the book.

My one complaint is that I didn’t get as good a feel for the time period. (Have I mentioned I kinda like the 17th century as a setting? Oh, I did?) The focus on the 17th century Dutch masters is well incorporated. However, the Thirty Years War would have been happening at this time, and it was not mentioned at all that I recall. I also expected to see some mention of the how the “tulipmania” episode several years before the book begins would have impacted the characters’ feelings about stock market speculation. Overall though, this is a good addition to anyone’s non-Western, non-Amish, non-Regency historical library.

In Your Eyes is currently available for $3.99 on Amazon. I did not see it at Barnes and Noble or other online bookstores.

Do you have any non-Western, non-Amish, non-Regency settings you'd like to find? Or any books with such settings to recommend?

P.S. In honor of the 70th anniversary of D-Day today, I'm also including a link to a non-Inkwell article I wrote last year about a local Pearl Harbor survivor. Chief Brewer died about a month after the article was published.

After leaving the corporate world to stay home with her children, C.J. Chase quickly learned she did not possess the housekeeping gene. She decided writing might provide the perfect excuse for letting the dust bunnies accumulate under the furniture. Her procrastination, er, hard work paid off in 2010 when she won the Golden Heart for Best Inspirational Manuscript and sold the novel to Love Inspired Historicals. Her current release, The Reluctant Earl, is now available  in online bookstores. You can visit C.J.'s cyber-home (where the floors are always clean) at www.cjchasebooks.com
Posted by C.J. Chase at June 06, 2014