Harriet Hubbard was born on June 7, 1849 in Chicago, Illinois. Seventeen years late she married Herbert Copeland Ayer, a man fourteen years her senior. The marriage, though, did not last due to Herbert's adulterous lifestyle. In 1886, Harriet divorced her husband, not to the shock of Chicago's elite citizens. Her divorce faux pas fit in with the reputation she had garnered after . . .


Harriet Hubbard Ayer was an accomplished Chicago socialite who, by necessity, turned away from her privileged world to achieve wealth and success in business at a time when most genteel women did not work.

After separating from Herbert, Harriet took her two daughters, Hattie and Margaret, and moved to New York City. The collapse of the Ayer iron business in 1883, compounded by her mother’s dwindling inheritance, rendered Harriet almost destitute. Resolved to support herself and her daughters, Harriet accepted a job as a saleswoman and interior designer at Sypher's, an antique furniture store. While on a business trip to Europe seeking treasures for clients, she discovered a chemist in Paris who created creams and perfumes. She bought from him the formula for a face cream, returned to American, and began creating her own product line of Recamier creams. 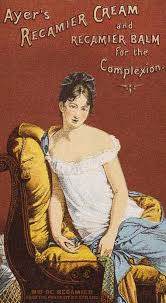 An early pioneer of product endorsement, Harriet paid celebrities--Lillian Russell, Cora Brown Potter, Sarah Bernhardt, Fanny Davenport, and even the Princess of Wales--to associate their name with hers. According to actress Lily Langtry, Recamier creams could remove a "tan, sunburn, and the many annoying blemishes women, especially in the changeable climate of this country, are subjected to." She also enlisted "eminent scientists" to verify her products were free of harmful chemicals such as lead, bismuth and arsenic. Because the department store cosmetic counter had yet to come into existence, the company’s products were distributed through drugstores, fancy good dealers, and mail order. Like patent medicine suppliers, Harriet advertised widely in newspapers and on billboards.

The company Harriet founded did not long outlive her departure, going into receivership in 1896. The lurid nature of the widely reported court cases – which included allegations of insanity, poisoning, theft and general treachery – may have been a factor in its demise.

The corporate assets of the Recamier Manufacturing Company were bought by Maria Rinn, a former employee, for $4,000 at the 1896 receiver sale. She continued the business until 1920 when she sold it to Anna Reynolds. How successful these ventures were is unknown.

Harriet Hubbard Ayer inaugurated the beauty industry and women’s acceptance of cosmetic products, both of which changed grooming habits forever. She anticipated modern American consumer culture and the identified women as consumers for whom shopping became a leisure activity and makeup a necessity. Consequently, advertisers learned women were consumers to whom they needed to direct their promotions.

The New York World published a weekly beauty column written by Harriet. What used to be "tawdry commerce" was now appearing on tastefully painted ladies on the nation's finest boulevards, in factories and offices, and small towns from coast to coast. According to Harriet, as females entered the work force in greater numbers, they discovered that donning war paint was de rigueur in competing for jobs. While Harriet understood the value of good looks, she firmly believed for women who wanted to succeed in a rapidly expanding world, it was necessary to do far more with their heads than merely decorate them.

QUESTION OF THE DAY: What are your favorite beauty products? 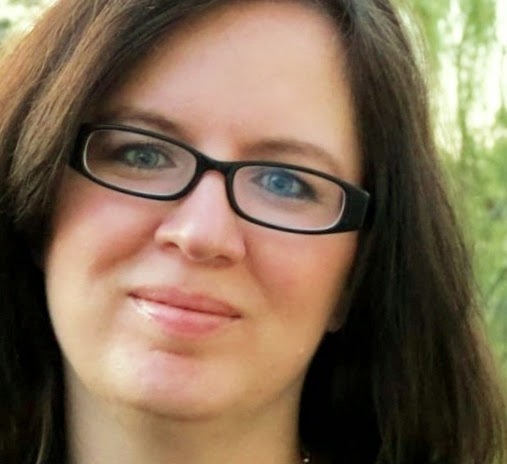 Gina Welborn wrote public service announcements for a news radio station until she fell in love with writing romances. Her Barbour novellas can be found in HIGHLAND CROSSINGS, A CASCADES CHRISTMAS, and ECPA-bestselling MISTLETOE
MEMORIES. The year 2014 ushers in the release of her novels: THE HEIRESS'S COURTSHIP, THE MARSHAL'S PURSUIT, and MASTERPIECE MARRIAGE. A moderately obsessive fan of Community, Teen Wolf, and Once Upon a Time, Gina lives in Oklahoma with her pastor husband, their five Okie-Hokie children, a box-lab, fifteen rabbits, three guinea pigs, and a fancy Russian dwarf hamster named Tom Bob Deucalion.