THE ELEMENT OF LOVE by Mary Connealy, Reviewed by Paula and Winnie #ReleaseDay 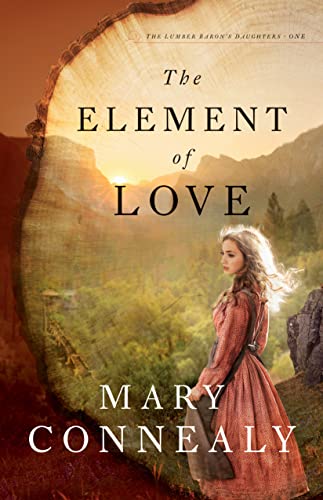 We meet the sisters, Laura, Michelle and Jillian Stiles, as they sneak out of the house, on the run from their evil stepfather, leaving their mother behind and in danger. Boarding a train, they connect with a parson and his helpers on their way to a mission field near a gold mine. The three sisters are very well educated. Their real father had them trained in order to take over the family lumber dynasty. In addition, Laura knows chemistry and is adept at blowing things up. Michelle is a mechanical engineer and is very well organized. Jilly is a structural engineer and loves math. They are on the run but also in search of husbands so that they might return home, save their mother and wrest the family business from their stepfather.

Caleb is a parson with a past of secrets but a heart for the lost. Laura has set her sights on him but: “Getting to know a man was almost more work than it was worth.”

With her signature wit and plenty of danger to go around, Mary Connealy infuses her story with godly lessons, giving us unique and likable characters and just enough uncertainty to pique our interest for the next book.
*I received a complimentary copy of this book from Bethany House on behalf of the author. I was not required to give a favorable review. All opinions are my own.* 5 stars and a solid faith thread 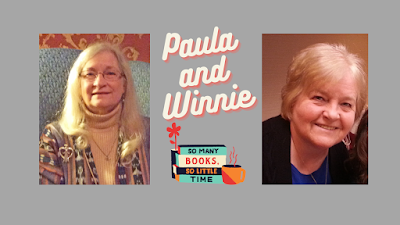 WINNIE'S REVIEW:
Filled with colorful and captivating characters, unusual and creative settings, and her hilarious sense of humor, Mary Connealy’s newest series stars three unusual sisters running for their lives. Laura, Michelle, and Jilly Stiles are highly intelligent and educated in engineering, mathematics, and scientific fields but must escape their evil stepfather’s plans to marry them off to his lecherous friends and gain control of the girls’ lumber empire.

“There was never a good pack of wolves around when you needed them.”

The Element of Love involves all three sisters but features Laura, the youngest, who loves chemistry and blowing things up. When the girls meet parson Caleb Tillman, they join his mission group in the mountains.

This story conjured up all sorts of comical, hilarious, and entertaining images in my mind. The girls are all so engaging in their efforts to adjust to a far different environment than they were familiar with. I so enjoyed getting to know them and was chuckling and laughing out loud at their antics and adventures.

“She liked decisive people, but she liked them best if they decided to do things exactly as she’d have them done.”

With plenty of action, suspense, adventure, humor, and a dash of romance and inspiration, this book has something for everyone. There’s a bit of a cliffhanger at the end, but it’s nothing too jarring. I’m anxiously awaiting the next two books in the series. Luckily, I won’t have to wait too long. 4.5 stars
*I voluntarily reviewed a complimentary copy from Bethany House Publishers. All opinions are my own.

BackCover Blurb:
She mixed danger, desperation, and deception together. Love was not the expected outcome.

With their sharp engineering minds, Laura Stiles and her two sisters have been able to deal with their mother's unfortunate choice in husband until they discovered his plans to marry each of them off to his lecherous friends. Now they must run away--far and fast--to find better matches to legally claim their portion of their father's lumber dynasty and seize control from their stepfather.

During their escape, Laura befriends a mission group heading to serve the poor in California. She quickly volunteers herself and her sisters to join their efforts. Despite the settlement being in miserable condition, the sisters are excited by the opportunity to put their skills to good use. Laura also sees potential in Caleb, the mission's parson, to help with gaining her inheritance. But when secrets buried in Caleb's past and in the land around them come to light, it'll take all the smarts the sisters have to keep trouble at bay.