TOUGH AS STEELE by Susan Sleeman, Reviewed by Rebecca Maney 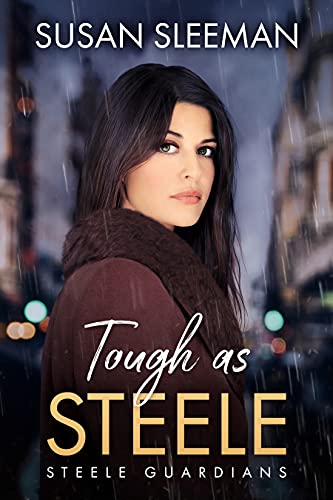 "We have the old lady. We'll call to arrange a drop . . . Call in the cops and she dies. Try to locate her and she dies."

"Oh. No. Mimi had been taken." On the evening of her eightieth birthday party no less. The octogenarian millionaire owned a wide expanse of businesses and corporations and Steele Guardians, a family owned security firm, was rehearsing for the contract. . . except, the curtain might have already dropped on that possibility unless Londyn Steele could put her investigative skills as a Portland Police Bureau detective into high gear. There was only one roadblock, and he was quite formidable; Detective Nate Ryder, Washington County who was convinced that Londyn was encroaching on his jurisdiction.

If you have ever watched an episode of The First 48, then you have an inkling of an idea about how this story might go down. Fast and furious is putting it mildly, and yet there are snippets of time when Nate and Londyn slow down long enough to admit their nearly immediate attraction, only to squash it, or perhaps just postpone it? God may have placed them together in His perfect timing, not theirs. 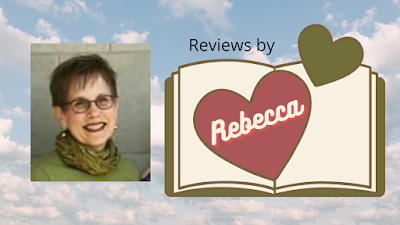 The clock is ticking; so few clues, multiple dead-ends, an unnerving number of dead bodies, unlikely suspects, and an ending to a story that the two never realized was being written; theirs! Such a great start to this series!
* I purchased a copy and was under no obligation to provide a positive review. 3.5 stars

BackCover Blurb:
Searching for an abducted woman...
Detective Londyn Steele is thrown into the deep end when she’s assigned to find an abducted socialite. Problem is, her family’s company, Steele Guardians, was supposed to protect the family matriarch at her eightieth birthday party when she disappears, and Londyn fears her investigation will expose problems in her family’s company and bring them down. Especially when County Detective Nate Ryder declares jurisdiction over the scene, and Londyn must take a back seat in one of the most important cases she’s ever investigated.

Could put them in a deadly killer’s crosshairs.
Londyn has no choice but to work with Nate and bristles at his interference at first, but soon forms a working truce so they can combine forces to locate this missing woman before it’s too late. As they search for leads, emotions he hasn’t felt since before his service as a Navy SEAL come to the surface. He credits Londyn for unearthing the guy he used to be before his military service, and Londyn can barely fight her attraction for him. But when they fear the socialite was murdered and the killer is still hunting, seeking another prey, their feelings for each other have to be put on hold to stay alive.
February, 2022
Available in digital ebook, paperback, and audiobook:
Buy TOUGH AS STEELE at Amazon,
Posted by Debra E. Marvin at March 09, 2022