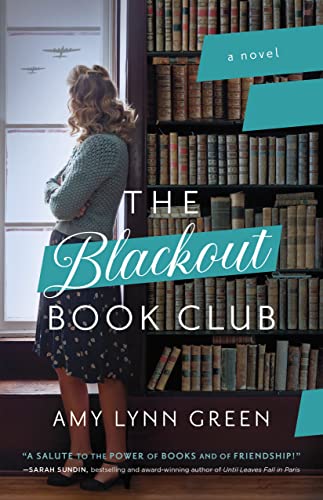 Being an avid bookworm, I was excited to dive into this story! Though WW2 novels aren't my favorite, I've heard such great things about the author Amy Lynn Green. I'm glad I took the chance on both the book and author.

Admittedly, it took me some time to get into because it started out a bit slow. I was afraid it would be another “did not finish” book on a long list of these lately. Not due to the writing (it's brilliant, by the way!), but so much was happening at the beginning that it was hard to keep up with. I finally found my groove around the 40% mark and the characters began to grow on me. I think the one that took the cake for me was Ginny. Oh my....she's rash, outspoken and brutally honest, but made me laugh so much. She's an awful lot like myself, my connection to her was uncanny! You wouldn't find a better friend or confidant like her, though. I just loved the complex layers to each character as they took shape on the pages. Every one of them was special in their own way and the bond they had in the end was tight.

These friendships were forged in the fire of war and connected in the love of literature. This is not only about a book club that grew, or merely an effort to save the library, but a story that I think can touch the heart of every reader! What an emotionally satisfying novel and a peek at history lived through the lives of its characters! If you are a fan of Amy Green—or even a new one like myself—and also enjoy the likes of Sarah Sundin or Kate Breslin, I would highly recommend The Blackout Book Club to you. I found it to be a brilliantly written, multi-layered novel to enjoy over and over again!
* I received a complimentary copy from Bethany House Publishers and was not obligated to leave a review. All opinions expressed here are my own. * 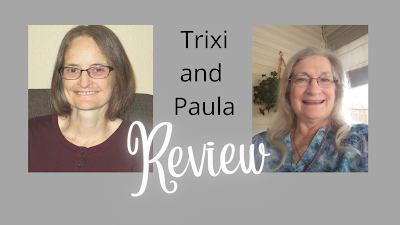 Step into the past and see what one plucky librarian tries in order to save a private library from extinction during 1942 on the home front. Could a bookclub revive the library and bring the citizens together?

Ms. Green has given us well rounded, relatable characters that have struggles just as we do, in a world we can only imagine. She gives interesting facts about towns on the east coast during war time that had the threat of German U boats off our mainland. But it is the varied personal problems of Avis, Russell, Louise, Ginny, Martina and Freddy that showed me that those struggles are universal and worthy of being seen in the light of faith and grace. Forgiveness and reconciliation were shown as were upholding the truth and revealing dangerous secrets.

A story about history, books and libraries? It is a YES from this book lover! A worthy addition to her other two books. Highly recommended.
* A complimentary copy of this book was provided by Bethany House through Interviews and Reviews. I was not required to post a favorable review. All opinions are my own.*5 stars and an underpinning faith thread.

BackCover Blurb:
In 1942, an impulsive promise to her brother before he goes off to the European front puts Avis Montgomery in the unlikely position of head librarian in small-town Maine. Though she has never been much of a reader, when wartime needs threaten to close the library, she invents a book club to keep its doors open. The women she convinces to attend the first meeting couldn't be more different--a wealthy spinster determined to aid the war effort, an exhausted mother looking for a fresh start, and a determined young war worker.

At first, the struggles of the home front are all the club members have in common, but over time, the books they choose become more than an escape from the hardships of life and the fear of the U-boat battles that rage just past their shores. As the women face personal challenges and band together in the face of danger, they find they have more in common than they think. But when their growing friendships are tested by secrets of the past and present, they must decide whether depending on each other is worth the cost.