BODY OF EVIDENCE by Irene Hannon, Reviewed by Nicole and Rebecca 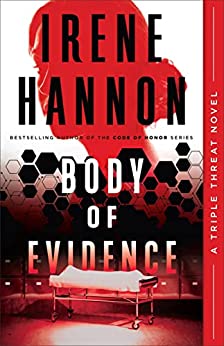 NICOLE'S REVIEW:
A wonderful conclusion to Irene Hannon's Triple Threat series! In Body of Evidence, Irene Hannon creates a fascinating storyline involving the local sheriff, a forensic pathologist and several suspicious deaths involving elderly residents in rural Missouri. Each book in the series can easily stand alone, but readers will enjoy getting to know each Reilly sister throughout the series. With books 2 and 3 being my favorites in the series, Body of Evidence provides a satisfying conclusion, but I hope to see more of these characters in the future as Irene Hannon often has characters cross over between different series of hers.

As one of my favorite romantic suspense authors, I always know I am in for a treat when reading an Irene Hannon novel! With almost everyone a suspect in this novel, Irene Hannon keeps the readers continually trying to guess the villain's identity until the very end!

Body of Evidence is highly recommended for readers of romantic suspense.
*I received a complimentary copy of this book from the publisher and was not required to write a positive review. All opinions expressed are mine. 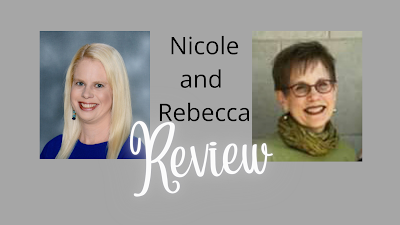 REBECCA'S REVIEW:
"There were better places for a thirty-year-old single woman to hang out at nine o'clock on Friday night than a funeral home."

Except if you were a dedicated forensic pathologist like Grace Reilly. Reviewing paperwork prior to an autopsy didn't always fit into a nine-to-five schedule . . . on any day. Except that on this particular evening, she was going to discover that someone else knew where she was . . . leaving her no choice but to have local law enforcement get involved.

When Sheriff Nate Cox responds to Grace's distress call , he isn't expecting to have such a personal reaction to the lovely victim. The crime wasn't serious, but coupled with another bizarre incident, his instincts quickly shift from attraction into a higher level of attention. While Nate and Grace take a second look into her two possibly unrelated personal circumstances, Grace continues her professional probe into two deaths ruled as natural, but with similar oddities. "Appearances weren't always what they seemed."

Honestly, it seemed easy to suspect every single character of foul play; the hints are subtle, the evidence is cleverly concealed, and multiple dead ends pop up around every turn. Obviously, there is a highly orchestrated scheme playing out in the background and "someone who knew how to kill people without leaving evidence of murder was a formidable opponent who could attack without warning, wreak havoc, and vanish without a trace".

Thank goodness for Nate! And the power of prayer!

*I purchased this book and was under no obligation to provide a positive review. 3.5 stars

Forensic pathologist Grace Reilly has seen her share of unusual deaths in rural Missouri. But when she begins to notice a curious pattern in autopsies of elderly residents whose demise appears to be natural, she takes her concerns to Sheriff Nate Cox.

Nate is skeptical about the link Grace is seeing between the deaths--and her suspicions of foul play. But her persistence is compelling. Once she finally convinces him her theory is credible and they join forces to investigate, danger follows. Because exposing the truth could destroy several lives--including Grace's.