WHERE THE BLUE SKY BEGINS by Katie Powner, Reviewed by Paula and Rebecca 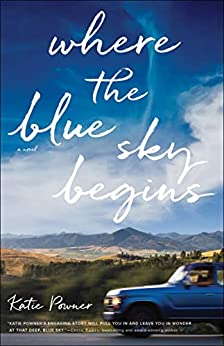 PAULA'S REVIEW:
Two unusual companions and neighbors set out to cross off a unique bucket list. Eunice is dying and at a prompting from God seeks forgiveness from those she has wronged. Eric who has arrived in the small town of Tuckston at the request of his uncle, agrees to be her transportation. But Uncle Jack may have more in mind for Eric than overseeing the Tuckston branch of his company. “Tuckston was not what he had expected. It was rougher and smaller and rednecker than he could have imagined.”

But the Montana setting was certainly full of big blue skies and Eric was determined to make his mark on the small town.

This was a heartwarming story about friendship and forgiveness and re-evaluating your life. As Eunice said: “I don’t have enough life left for anger.”

Eric was learning the life lesson that money is not everything but getting to know people by giving of yourself is.

I highly recommend this thought provoking, sometimes poignant, sometimes funny book.
*I received a complimentary copy of this book from Bethany House on behalf of the author. I was not required to post a favorable review. All opinions are my own.*5 stars and a underlying faith thread 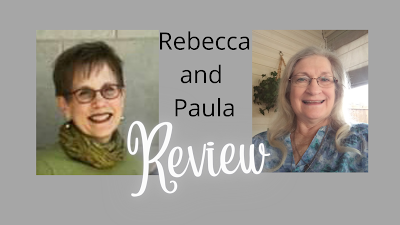 Eric Larson and Eunice Parker meet under the most unusual of circumstances following Eric's "exile" (it certainly feels that way) to the small town of Tukston, Montana; his uncle insisting that Eric practice his management skills at a minuscule branch of Larson Financial before moving further up the corporate ladder.

Wondering "what in the world" after his first introductions to the local residents, Eric drives distractedly down a seemingly deserted road where he swerves dangerously close to an odd little woman (wearing a silver helmet with purple stars) on a scooter. Apparently she loses her balance and ends up in the ditch, because to Eric's chagrin she turns out to be his next door neighbor who promises not to report his reckless driving (which practically ruined her only source of transportation) in exchange for a few rides. . . Eunice has a list of people she feels compels to visit. Soon. It turns out that time is something that Eunice doesn't have much of.

The ability to tuck the intensity of her topics in and around the charming residents of small towns serves to transform the life and death issues in this story into exactly what the author may have had in mind all along . . . a living parable . . . outlasting the very pages that it is written on.
*I received a copy of this book from the author and publisher. I also purchased a copy. The opinions stated above are entirely my own. 3.5 stars

BackCover Blurb:
Sometimes the hardest road of all is the road home.

When confident and handsome Eric Larson is sent to a rural Montana town to work in the local branch of his uncle's financial company, he's determined to exceed everyone's expectations, earn a promotion, and be back in Seattle by the end of summer. Yet nothing could prepare him for the lessons this small town has in store.

At forty-six years old, eccentric and outspoken Eunice Parker has come to accept her terminal illness and has given herself one final goal: seek forgiveness from everyone on her bucket list before her time runs out. But it will take more courage than she can muster on her own.

After an accident pushes Eric and Eunice together, the unlikely pair is forced to spend more time with each other than either would like, which challenges their deepest prejudices and beliefs. As summer draws to a close, neither Eric nor Eunice is where they thought they would be, but they both wrestle with the same important question: What matters most when the end is near?