Some say that Christianity undervalues or represses women. I wish those folks would read God's Word more carefully.


Have you used the term, “It was worth the wait"? Well, in the Bible, women are portrayed as worthy--worthy in the eyes of God, and worth the wait of men.


In each species, there are two animals. They eat together, frolic together, lie down together. But for Adam, there is no companion. Downcast, Adam feels his loneliness and his lack. 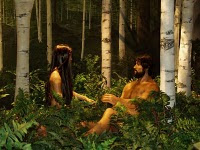 After a deep sleep, God gives Adam a rich reward: a woman, Eve. Though she initiates the Fall, she also becomes the mother of all generations. Eve was worth Adam’s wait.

Later, Abraham waits for his beautiful wife, Sarah, to give him children. God promises her a child, but Sarah laughs. She is too old to bear children. But just as God said, Sarah becomes pregnant with Isaac. Sarah’s motherood was worth the wait for such a son. 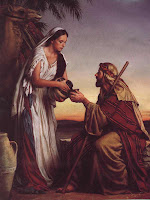 Abraham’s son Isaac waits for his bride to journey from his father’s land. Their son Jacob works for seven years to earn his wives. Rebekah, Leah, and Rachel were worth the wait. Later in the Old Testament, Song of Solomon details the anticipation of a loving couple awaiting their wedding day. 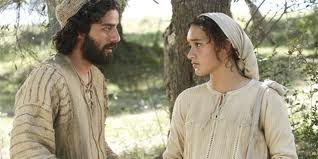 The New Testament begins with another strong, godly man who waits for his intended. Joseph receives bad news from his betrothed, Mary: she is with child--and the child is not his. Joseph must make a harrowing choice. By rights he can cast her out, even have her stoned. But in a dream, an angel of the Lord assures him that Mary has not violated their betrothal. “Wait for her,” the angel beseeches. “Stay with her. Marry her.” Joseph obeys, then waits through her pregnancy, her labor, and her long lying-in to make her his. Mary was worth the wait. 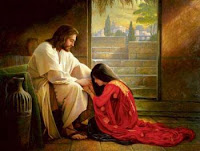 And oh, Mary’s Child! Jesus waited for women not as husband, but as Savior. He waited while men picked up stones to murder the adulteress, then He foiled the men's plans. He waited to hear from the woman who scrambled to touch his cloak so He could call her “daughter” and heal her bleeding disease. He waited while Mary and Martha served Him; He waited while the weeping woman washed His feet with her tears and wiped them dry with her hair. On the Cross, He did not die until He made provision for His mother’s care. 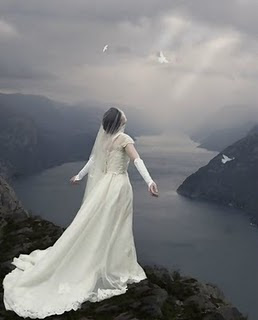 The Bible demonstrates that women are worthy to be loved and cherished. The glorious end of the Bible underlines this Truth: Jesus, the Bridegroom, arrives to claim the church, His Bride. Broken as we are, Jesus assures us that we are definitely worth His wait--men and women alike. 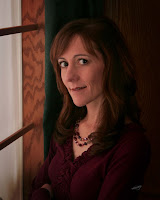 Gwen Stewart is a writer, elementary music teacher, and musician. She sings "Wheels On the Bus" by day and pens inspirational stories by night, pursuing excellence in both. She lives in Michigan with her husband, two children, and ten thousand of her past and present students.
You can visit Gwen online at http://singer-scribe.blogspot.com/
Posted by Gwen Stewart at July 31, 2011