Cardinal Fan, Born And Bred
by Suzanne Hartmann
After a short drive to downtown St. Louis, Dad and I walked to Busch Stadium from a nearby parking garage. Dad stopped to buy a scorecard, then we surrendered our tickets and walked back and forth up, up, and up the walkways to our seats. As the game started, Dad pointed to the bright banner between tiers of seats that gave the score and taught me how to read the batter’s progress and what inning it was. He meticulously recorded each player’s actions on the scorecard and showed me how to write each type of play. 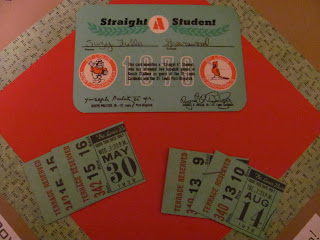 At age twelve, I was more interested in simply watching the players, but I soaked up the information throughout the game. We sang Take Me Out to the Ball Park with the words “Root, root, root for the Cardinals” inserted instead of “for the home team,” and pounded our feet and clapped our hands to the music to spur on my team. 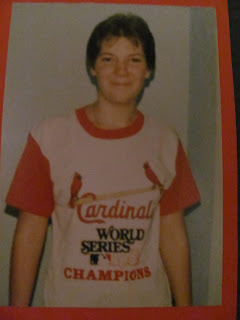 We repeated this scene over and over throughout my Jr.  and Sr. high school years as we used the two sets of free “Straight A Tickets” I received each year for keeping an A average in school. Not only did I enjoy the games, but it made for great Daddy/Daughter time.

So it’s no wonder I was a die-hard Cardinals fan by the time I graduated from high school, in spite of the fact that the Cardinals kept the Cubs company in the doghouse throughout the 1970’s. My faith in the Cardinals was rewarded my sophomore year in college with a World Series win in 1982, followed by two more appearances in the Series in 1985 and 1987. I even attended one of the National League Playoff games. 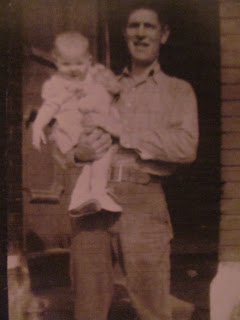 So how did such a big Cardinals fan end up writing a novel with a twist of NASCAR? Why didn’t I add a twist of baseball with a focus on the Cardinals? Maybe I received a “drive-fast gene” from my fraternal grandfather, who drove an ambulance for a living for a while.

Although my husband watched the races occasionally, I generally used the time to take my Sunday afternoon nap. Maybe my ancestry through my grandfather made me susceptible to becoming a NASCAR fan, but it was a descendant—my daughter—who sparked my interest in stock car racing when she announced that she had chosen a favorite driver. Since I knew next to nothing about NASCAR, I had no idea if this driver was someone we should encourage her to root for. So I decided I’d better educate myself. 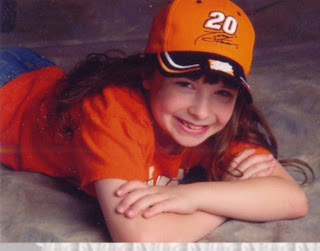 After a few months of watching the races and pestering my husband with questions. I realized that stock car racing was more interesting than I thought. I couldn't resist using a few racetracks as settings for the stories which eventually became Peril: Fast Track Thriller #1. And that naturally led to the addition of a NASCAR champion as a main character.

I haven’t turned away from my beloved Cardinals, especially not this year, when they won their eleventh World Series (gotta love the Comeback Cardinals). I’m still a die-hard fan, and I at least mentioned the team in my novel, but it’s the twist of NASCAR that makes Peril unique.


What is your favourite sport to play or watch?

Leave a comment with a valid email address by Friday midnight, Jan 27 for a chance to win Suzanne's giveaway of a copy of Peril: Fast Track Thriller #1. 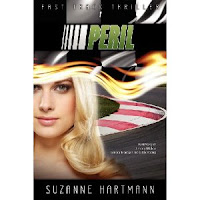 Lady Anne, a top operative of the OJL, the American government’s most clandestine intelligence organization, is paid to be paranoid, and she’s good at her job. So good, in fact, that she singlehandedly stops an assassination attempt at the White House. When newspapers splash her photo over the front page for saving King Ahmad—a Muslim recently converted to the Christian faith—not only is her cover in jeopardy, but the secrets of her enhanced strength and the entire agency. Then she’s given another assignment—to escort King Ahmad to a NASCAR track….
Stuart Jackson, age 33 and at the peak of his career as the reigning Cup Champion of NASCAR, has everything anyone could want—fame, fortune, success. But after he’s nearly blown up by a bomb at the White House, his achievements lose their allure. Nor can he forget the mysterious Lady Anne.


Give Suzanne Hartmann the ‘Checkered Flag’ for Peril. It’s like being on the race track, packed with fast-paced excitement and intrigue. A great read for any racing fan.” Rev. Greg Doussard, Director of Midwest Raceway Ministries, Pastor of The Sanctuary Church

Suzanne Hartmann is a homeschool mom and lives in the St. Louis area with her husband and three children. When not homeschooling or writing, she enjoys scrapbooking, reading, and Bible study. PERIL: Fast Track Thriller Bk. #1 is her debut novel. On the editorial side, Suzanne is a contributing editor with Port Yonder Press and operates the Write This Way Critique Service. She has also written an e-book on the craft of writing, entitled Write This Way: Take Your Writing to a New Level.
For more articles about PERIL and its sequels, visit my website:
http://fasttrackthrillers.blogspot.com/