Promise of the Spirit

Long before Jesus walked on the earth, God gave the promise of the Holy Spirit. The prophet Isaiah spoke about God’s promise of the Spirit many times and in many different ways. 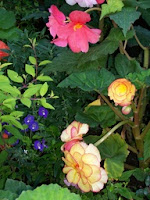 Some of the promises of the Spirit found in Isaiah

Later, Jesus himself spoke of this same Spirit.

John 7:37-39
37On the last and greatest day of the festival, Jesus stood and said in a loud voice, “Let anyone who is thirsty come to me and drink. 38Whoever believes in me, as Scripture has said, rivers of living water will flow from within them.” 39By this he meant the Spirit, whom those who believed in him were later to receive. Up to that time the Spirit had not been given, since Jesus had not yet been glorified.

Then Jesus promised he would not leave the apostles; instead, he said he would ask the Father to send another Counselor, the Spirit of truth, to be with them forever. (John 14:16-17)

Forty days after the resurrection, Jesus ascended into heaven.

Luke 24: 50-51
50When he had led them out to the vicinity of Bethany, he lifted up his hands and blessed them. 51While he was blessing them, he left them and was taken up into heaven.

Ten days later, his promise was fulfilled when the Spirit descended on all who believed as they were gathered together on the day of Pentecost.

1When the day of Pentecost came, they were all together in one place. 2Suddenly a sound like the blowing of a violent wind came from heaven and filled the whole house where they were sitting. 3They saw what seemed to be tongues of fire that separated and came to rest on each of them. 4All of them were filled with the Holy Spirit and began to speak in other tongues as the Spirit enabled them.

But story doesn’t end there. God reminds us, through Paul, of the Spirit He sent for all who believe. 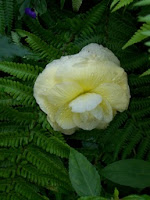 Ephesians 1:13-14
13And you also were included in Christ when you heard the message of truth, the gospel of your salvation. When you believed, you were marked in him with a seal, the promised Holy Spirit, 14who is a deposit guaranteeing our inheritance until the redemption of those who are God’s possession—to the praise of his glory.

I Thessalonians 1:4-5
4For we know, brothers and sisters loved by God, that he has chosen you, because our gospel came to you not simply with words but also with power, with the Holy Spirit and deep conviction.

May you all be blessed by the Spirit on this day of Pentecost.