The Story Behind The Next Target

THE STORY BEHIND THE NEXT TARGET

Many people are interested in how I came to write The Next Target, which is releasing June 1, 2012. It was inspired by my ministry, AVoice for the Persecuted. I help persecuted Christians who are under the threat of death . . .  here in ! That is code for Muslims who convert to Christianity. Working with Muslim Background Believers (MBBs) has changed my life. You see, after talking and working with numerous Muslims who have come to know Christ, I realized that I hardly knew Him at all.


Muslims who convert to Christianity pay a huge price for their faith. Most I talk to live under persecution by their former friends and family. They have no jobs because they live in a Muslim community and are shunned. And of course there are those who have been deported and/or killed. As I heard their stories I realized that my Christianity has cost me nothing. That I can never know Jesus like they do. They have paid a great price to know Him. And they love Him as you would love someone who has saved you from certain death. Oh, I know He saved me from sin and death. But I don't know it experientially like they do. I know because I have read about it in the Bible. But I have never lived under the threat of eternal damnation like they have. Islam is an unforgiving religion and God is presented as cold and unpredictable, judging you every moment, noting your sins, waiting for your death to exact His judgment. And there is no way to escape Him. That is as real to them as the assurance of salvation is to us. When they meet Jesus, and often He comes to them personally to overcome their fear of Allah, they realize that He died in their place. That God exacted His judgment on Him, that Jesus suffered so they will never have to, and they fall on their knees and worship Him. They worship and love Him in a way I never can. I have never experienced what life and death would really be . . . without Him. Though I do understand better now, thanks to their testimonies. 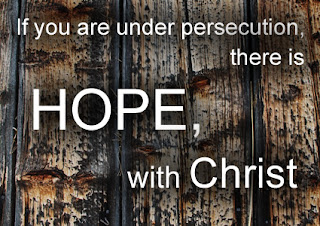 That is how I came to write The Next Target. I feel a burden to tell their stories. To introduce American Christians who have a fear of Muslims to characters who are patterned after Muslims and MBBs I have met. They live and work among us. We can reach out to them, model the love of Christ, and then with the leading of the Holy Spirit, give them what Islam can never give!


Yes, evangelizing Muslims can be scary. And that’s why the tagline for The Next Target is: Would you share your faith if it would cost you your life? I am hoping that people will consider that question. I had to. And I hope they realize what I did in a single moment as I was talking to an apostate, discussing the fact that he might soon be put to death. He said, “Nikki, if I have to die here I doesn’t care. I already gave my life to Christ.” Those few words, spoken from that man’s heart, changed my life forever.

Are there Muslims living or working in your world? Would you be open to starting a friendship with them?


Read The Next Target Excerpt

Nikki is giving away one copy of The Next Target here at the Inkwell. One winner will be drawn from comments left on this post until midnight Sunday, May 20th. The winner must have a continental US postal address. If the winner lives out-of-country, Nikki will provide a free Kindle copy when it is available.  (Download the Kindle app if you don't have a Kindle.) Entries must be accompanied by a valid email address (remember to use (at) and (dot) so the web spiders don't find your email address).

And here's some great news - The Winds of Sonoma, Winner of the Carol Award, is Free on Kindle May 16 - 20. Click here

And you can win a Kindle to read it on! Details are at the News! tab on Nikki's website at www.nikkiarana.com 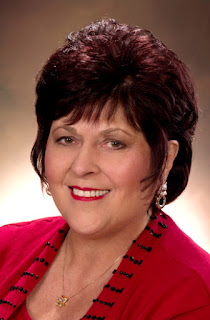 Nikki Arana has received numerous awards for her writing, including the American Christian Fiction Writers' Book of the Year award and Christianbook.com Top 20 Novel of the Year for The Winds of Sonoma. Through her ministry, A Voice for the Persecuted, she inspires hearts toward evangelizing the Muslim community.
Visit Nikki at: www.NikkiArana.com