Tiny pins pressed into Emma's heart, numbing her better than any acupuncturist could. Jenny’s hesitance at becoming her maid of honor, Thad’s reluctance of driving her to the airport, it all fell into place. Emma had known he was suffering from a broken heart when she met him, but he’d never breathed a name and over the years, she’d forgotten, safe in a cocoon of his attention and growing love. And he did love her. She was sure of it. With the grace born of a long line of Southern gentility Emma forced a smile on her face. “Well, I’m glad that’s out in the open. Did you check any baggage, sis?” 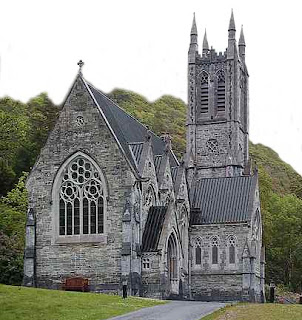 During the tense drive to the Gothic Cathedral for the wedding rehearsal, Emma kept up a steady flow of conversation. She ignored Thad’s stiffness and Jenny’s reticence and chattered on about everything from Jenny’s job in China to her peaches and cream bouquet.

The rehearsal went off with perfect precision, just as Emma had expected. Jenny and Thad kept a respectful distance apart and Emma believed no one saw anything amiss.

Laughing, teasing, slaps on the back, Thad seemed to relax during the rehearsal supper. They toasted their future happiness with non-alcoholic wine. Emma blushed at the required innuendoes of married life, hung on to Thad and smiled up at his face. But when silverware clinked against the glasses, Thad fended them off saying it was only allowed during the wedding meal itself. She laughed in response, and elbowed his ribs to the delight of their guests.

Yet something was missing. Not once did Thad look her in the eye. And other than ask if everything was ready, Jenny flitted from one relative to another.

Thad paced the length of the hotel room they would share on their wedding night. He stopped before the bureau mirror and stood at attention. “I do.” Why did his voice sound so girly today of all days? He cleared his throat and tried again.

Emma reached the fifteenth floor stairwell. Thank goodness her cardio training was paying off. She shouldn’t be sneaking in to see Thad just hours before their wedding but she needed to see him. To reassure herself everything was perfect after yesterday’s surprise.

What would you do in this situation? Run? Stride in and confront them? Sit on the floor and cry?