From One Friend to Another

(This post originally appeared last year... but, in my opinion, it can't be said enough. So here we go again!) 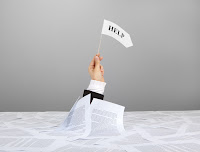 And let us consider one another in order
to stir up love and good works,
not forsaking the assembling of ourselves together,
as is the manner of some, but exhorting one another,
and so much the more as you see the Day approaching.
(Hebrews 10:24-25, NLT)