A Long Winter's Walk - A Rebuttal?


On Mar 3rd, 2013, Debra posted about A Long Winter's Walk which raised some questions during the comment section. Soon afterward, I was reading an 1891 issue of The Newmarket Era (Newmarket is about 30 miles north of Toronto) and I stumbled upon an account of the very march Debra had mentioned.

I'd like to answer those questions here, as well as present one of my own. I'd also like to say that in posting this, I'm not detracting from Debra's post, but merely presenting different facts as a history post should. I can honestly say I haven't done the research to give a definitive answer, and everyone knows that you can't believe everything you read in the press.

This article states the 104th out of New Brunswick was under the command of Col Halkett, not Lt John Le Couteur as in Debra's original post, but more on that later.

I'd like to address the questions about the food and bedding. The Era article records..


The article continues with the march, of receiving provisions, hardships, using the snowshoes, etc, and then it goes back to the topic of food...


At one point in his account, Capt Rainsford writes, "...we could not light a fire, the cold being so intense that we could not strike a light with flint and steel..."

Debra posted, "When they became snow-bound at one point and ran out of supplies, three men snowshoed over 100 miles in 48 hrs to gain supplies."


In the Era's article, Capt Rainsford is the officer who takes 2 men (Patriot and Gay) and goes for the supplies, as written here...

Here's the point I'd like to present... Debra's post states, "In charge was Lieutenant John Le Couteur, at 17 years old, ordered to march his men from Fredericton, New Brunswick to Montreal and then, on to Kingston, Ontario. "

Yet, the beginning of the Era article states, "...the 104th out of New Brunswick was under the command of Col Halkett..."

In my 20 yrs of military experience, I can firmly say that a Lieutenant is the lowest rank of any officer and wouldn't be in charge unless no other rank was on site. Except for the time he left them to go for provisions, Capt Rainsford outranked Lt Couteur. And since the final article below states that no men were lost on the march, it confirms that Col Halkett was there the whole time...

...and I'd love to get my hands on his journal and read his account for myself. 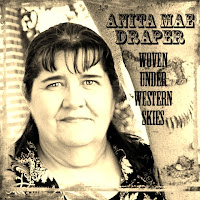 Anita Mae Draper is retired from the Canadian Armed Forces and lives on the prairie of southeast Saskatchewan, Canada with her hubby of 30 plus years and 2 of their 4 kids. She writes stories set on the prairies of Saskatchewan, North Dakota, Montana and Wyoming. Anita Mae has semi-finaled in the Historical Romance category of the ACFW's 2011 Genesis contest and finaled in the Inspirational category of the 2011 Daphne du Maurier, the 2011 Fool for Love, the 2011 Duel on the Delta and 2009 Linda Howard Award of Excellence contests. Anita Mae is represented by Mary Keeley of Books and Such Literary Agency. You can find Anita at thttp://www.anitamaedraper.com/