Last week, Dina wrote about proposed changes in the definition of “marriage” and what Christians should do when our compassion for people intersects with our obligation to God. As it turns out, I had a follow-on post already in the mental hopper before I’d even read hers. I’ve been reading Coming Apart by noted social scientist Charles Murray. I’ve never watched a reality show in my life, but I read such books (complete with graphs and appendices) for fun. Dr. Murray would probably draw some conclusions about me based on those two facts. But would he be right?


The premise of Coming Apart is that the American class system is becoming ossified in a way never seen before—with a multi-generational “elite” (based as much on education, intellect, and lifestyle choices as income) who are increasingly segregated from the rest of America. He even has a “How Thick is Your Bubble” quiz if you’d like to see how familiar you are (or aren’t) with Murray’s “ordinary Americans.” (Note: the subtitle of Coming Apart is The State of White America, 1960-2010. Murray states in the book he focused on white Americans so as to remove any charges that the data was skewed by racial or ethnic factors.)

While I found much of Murray’s work fascinating, I don’t think it explains where I find myself in 2013 America. An American Christian woman of 50 years ago was part of mainstream America. She read the bestsellers of the day (Mary Stewart, Helen MacInnes, and Daphne Du Maurier all made the list in 1963), watched the top rated television shows of the time (The Beverly Hillbillies, Bonanza, The Dick Van Dyke Show, Petticoat Junction, and The Andy Griffith Show were the top five for the season that ended in April, 1963), and listened to the same radio shows as the rest of America.


Now fast forward to 2013. That American Christian woman is quite possibly living on the 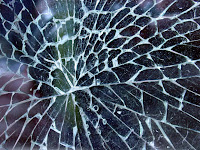 fringe of American popular culture. She reads books specifically written by and for Christians (often sold in Christian bookstores), has her car radio tuned to the local Christian radio station, and probably avoids many of the top rated TV shows.

Quoting from Murray’s first chapter: “Two conditions have to be met before a subculture can spring up within a mainstream culture. First, a sufficient number of people have to possess a distinctive set of tastes and preferences. Second, they have to be able to get together and form a critical mass large enough to shape the local scene.” Are American Christians now a subculture within the wider American experience? As we move into a post-Christian age, will we have a choice? And is becoming a distinct subculture a good thing or a bad thing?


One of the interesting things with Murray's upper/lower class dichotomy is that the “elite” tend to have liberal attitudes (particularly in the “Big Four” influential areas of New York, Washington, Los Angeles, and San Francisco) toward marriage and family in that they espouse an “anything goes” toleration. And yet, they live their lives in a very conservative fashion with low divorce and illegitimacy rates. Those at the other end of this change in the American class system still have more conservative attitudes toward marriage and family, but they don’t live that way. They are more likely to divorce, have children out of wedlock, commit crime, and skip regular church attendance.

Where does a Christian fit? As the culture continues to coarsen, what should we do? How are we “in the world” while still not being “of the world”?

I wish I had answers. As I discussed the book with my husband, we both agreed that many times we don’t feel like we belong anywhere anymore. The culture has shifted, and we have not. Suddenly, I find myself countercultural – a rebel, my husband called me. Yeah, that’s me. Mild mannered rebel. But I fear my children, if they are to live their lives as practicing and believing Christians, will have to be true rebels. In 2010, Cardinal George of Chicago made a frightening statement about the future he foresaw for American Christians: “I expect to die in bed, my successor will die in prison and his successor will die a martyr in the public square.”

So, since I said I had no answers, I’m opening the floor for discussion. How much can and should Christians withdraw from a culture grown increasingly non-Christian and in many cases even anti-Christian? To withdraw completely is to lose all ability to reach people with the message of Hope. But to conform to the culture around us is to lose our identity as Christians, and perhaps even to lose our children to the culture. For those of us whose families have been in American for more than a generation or two, we are entering uncharted waters. Until recently, American values and Christian values coincided to a large degree.  That relationship is, well, coming apart. Where do we go from here? How far can we go before we have to draw our line in the sand? And what do we do when we get there?