The Forgive and Forget Conundrum

How many times have you heard that expression? Maybe you’ve even said it yourself.

I’ve often said I don’t hold a grudge. And I tend to forget the bad things that have happened to me – unless they hurt a family member. But even then I am quick to add that I’ll still forgive them. 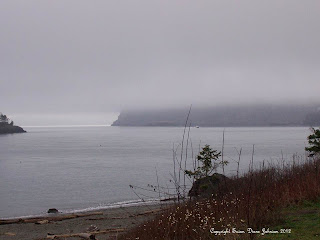 “You will again have compassion on us; you will tread our sins under foot and hurl all our iniquities into the depths of the sea.” ~~ Micah 7:19

I can think of few specific instances where I reached a point of forgiveness, but didn’t forget. Each one involved someone hurting a person I love.

The Situation: A man in a position of authority hurt my son physically, when he was a young boy, by forcing him to pick burning hot rocks out of a fire pit. My son was scared, his hands were burned, and it was traumatizing to both of us. I reported it to those in charge, and asked God to help me forgive the man. Then I repeated my story half a dozen times. By the time I was done telling the story, ugly bitterness began to build in my heart.

But didn’t I say I’d forgiven the man? Had I really?

The Test: I worked in a place where the man was a client. Though I worked there for years before I ever came in contact with him, I knew it was only a matter of time. Probably eight years after the incident, he came in with an emergent issue. I was his first line of contact. How would I treat him? Thankfully, with God’s strength, I was able to treat him exactly like I treated every other client; with a smile, with compassion, with professionalism.

However, as soon as he was on to his next line of contact I went straight into the break room. My heart thudded against my ribcage and I was shaking inside. It was growing difficult to catch my breath.

Bitterness still held a place in my heart. How could I feel this way if I’d forgiven him? Clearly I still had a bit more work to do.

The Situation: After one of my family members was diagnosed with cancer, she was fired from a job she loved because the boss thought she was too frail to do the job. She wasn’t frail, and she was more than capable of doing the job. She was devastated. She became depressed. I became angry. And once again, I grew bitter as I recounted the story.

The Test: My husband and I were in a restaurant having dinner with a friend. The couple who fired my family member came in and walked past our table. As they disappeared into the secondary room of the restaurant, I immediately commented on their presence in the restaurant and proceeded to tell our friend about the situation. Unfortunately, the couple was no longer in the secondary room. They were walking back past our table. Had they heard me? I was mortified.

But wait. Why did I care if they heard me or not? They hurt someone I loved. Why be ashamed?

I was gossiping about them. Not only was I gossiping, but I recognized the bitterness spewing from my heart. Where was my forgiveness?

It took two other situations, each worse than the previous, before I figured out that “I’ll forgive but I won’t forget” doesn’t really work for me. By not forgetting, I’m holding on to it. By holding on to it, I’m not really forgiving.

I must do both, just the way God does both. When he forgives me, he casts my sin into the sea of forgetfulness. He doesn’t dwell on it. He forgives, he forgets.

How can I do less for someone else than God does for me? If I want forgetfulness from God, I must in turn do the same for others.

I believe the act of forgetting is essential in order to forgive in a way that is pleasing to God. It’s also beneficial to us, both to our physical and mental health, to our relationships, and to the very essence of our lives.

What do you think? Have you ever been in a situation where you’ve “forgiven but not forgotten”? Does the act of not forgetting eat you up inside? Can you really forgive if you haven’t forgotten? 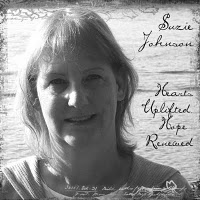 Suzie Johnson’s debut novel, No Substitute, a contemporary inspirational novel, is out now from White Rose Press of The Pelican Book Group. Her second novel, True North, will be out later this year. She is a regular contributor to the Inkwell Inspirations blog, a member of ACFW, RWA, and is the cancer registrar at her local hospital. Suzie and her husband are the parents of a wonderful grown son who makes them proud every day – even though he lives way too far away. Suzie and her husband live in the Pacific Northwest with their naughty little cat on an island that is definitely not tropical. You can visit her at the following places:
http://www.susandianejohnson.com
http://inkwellinspirations.com
http://www.facebook.com/suziejohnsonauthor
http://www.pinterest.com/suziejohnson1