By the time October rolls around, my fourth publication in six months will be released--my short story, “Snowed In: A Northwoods Christmas,” with Guidepost Books. My debut fiction release, a novella, was published in late March: “Return to Shirley Plantation: A Civil War Romance” with Helping Hands Press.  I also contributed a story to “God’s Provision in Tough Times” by Cynthia Howerter and LaTan Murphy with Lighthouse of the Carolinas and my nonfiction psychology article for the American Association of Christian Counselors was published last week in their beautiful print journal.  I published in nonfiction (co-author of a chapter in a book and in journal articles) in the past, also.

Here are my thoughts and experiences, for what they are worth, and I hope they may be helpful to the Inkies’ readers.

1)     Habits.  All that practice of blogging and writing articles for ezines (with no financial compensation) can pay off.  This is why having experienced deadlines, and meeting thos,e and getting in the habit of not shirking deadlines matters: when you get to the real, i.e., paying, deal, you will have less stress than someone who never has done so.

2)     Differences. All editors are not created equal. Nor are writers, etc. Having had the pleasure of working with a handful of wonderful freelance editors I was familiar with this fact (which goes back to point #1!)  But the differences can vary so wildly that it can be mind boggling. And if it is the first time working with that particular editor, you have to learn her/his ways. When I was a psychology intern writing psych reports, I though there was one way to do it “right.” I ended up working under every professor during my three year internship. Each one had a totally different way of editing my reports. And each was “right,” in other words—I better produce a report that was exactly his/her definition of what it “should” look like. Enough said.

3)     User-friendly. Setting up an Amazon account was nowhere near as difficult as I thought it might be.  Goodreads was a tad harder—worth it but not super easy.

4)     Marketing. Budgeting time for marketing is an important part of having one project out and working on the next one. Although I’d been in the habit of marketing for my two group blogs, Overcoming With God and Colonial Quills, it was a bit of a different game when it was for my own book. Now I had an additional layer of marketing I needed to do.  Also, some publishers have their own publicity and promotional teams that you end up on and these add another activity that you must add to an already packed calendar.

5)     Acceptance. This one is tricky. Although I had completed two full-length polished manuscripts (over 95K), two full manuscripts through the second draft, a polished novella (20K), had a half dozen incomplete manuscripts plus other writing credits and a thesis and dissertation, one new 20K novella gave me an entrée into the published fiction world.  It opened a lot of doors that had been closed before.  Not all of them. I still don’t have a published novel in the CBA market. But when I do, I hope I’ll be back on Inkwell Inspirations sharing some more of what I’ve discovered!

Giveaway: Leave a comment about something you’ve learned and how it compares with my experiences. Winner will receive a signed copy of “God’s Provision in Tough Times” and an ebook copy of “Return to Shirley Plantation: A Civil War Romance” or the brand-new paperback copy of the novella!

Carrie Fancett Pagels (www.carriefancettpagels.com) is author of Amazon top-rated Civil War novella Return to Shirley Plantation: A Civil War Romance. Carrie also contributed to God’s Provision in Tough Times, Lighthouse of the Carolinas (July, 2013). Her short story, Snowed In: A Northwoods Christmas, will appear in Guidepost Books “A Cup of Christmas Cheer” (October, 2013). With a Ph.D. in School Psychology, Carrie served as a psychologist for twenty-five years. She has two popular group blogs: Overcoming With God (www.overcomingwithGod.com) and Colonial Quills (www.ColonialQuills.org). Carrie is the former ACFW Zone Mid-Atlantic Zone Director and Virginia/West Virginia Area Coordinator and continues to serve as co-hostess of the Tidewater Area Christian Writers group. Married for over 25 years to the love of her life, she resides in Virginia’s historic triangle. She has an 11-year-old son and a 24-year-old daughter. 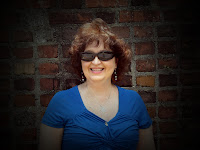