Recently, my Sunday School class has been working its way through a study of Exodus. When we reached the part about the Ten Commandments, I thought, “Oh, easy stuff. After all, I had a proper upbringing.” In the society where I grew up, kids memorized the Ten Commandments by fourth grade. Since the congregation read the entire Ten Commandments passage (Exodus 20:1-17) each month in church, and we were only expected to know the “abridged” version of each commandment when it came time to recite them in front of the church (yes, really), it was actually a pretty easy assignment. See what I mean about a proper upbringing?

But there is a danger to those things that roll off the tongue so easily. (Yes, I can still recite the full version of the Ten Commandments—in the King James Version, of course.) We often don’t stop to think about what we are saying. (I’ve found I often have much the same problem with familiar music. I sing merrily along without really thinking about what I’m saying.)

Rather than just coast on memory, I decided to do a little outside-the-curriculum research with The Heidelberg Catechism: A Study Guide. A little rabbit trail for those who say, “The what?” Catechisms are a method some churches use to teach the Christian faith. They have a question-answer format with footnotes that point to supporting passages in the Bible. You may have heard of the Westminster Catechism and it’s Question-and-Answer 1: “What is the chief end of man? Man’s chief end is to glorify God, and to enjoy him forever.” (I love that one. Concise, yet so incredibly profound. I need to get out of my rote mode and just meditate on that for a few moments.)

Though about 100 years older than the Westminster Catechism, the Heidelberg is perhaps less familiar. It is arranged in three sections: sin and misery (recognizing that we are all sinners), deliverance (how God made a way to redeem us), and gratitude (how we should live a life of gratitude for our redemption). Pretty universal stuff for Christians. 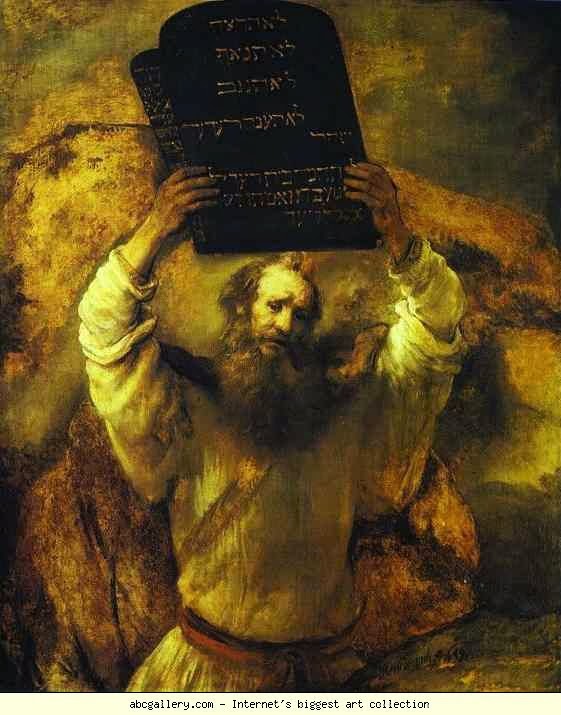 Christians look upon the Old Testament commandments and law as God’s mirror. Paul tells us “I would not have known sin except through the law.” (from Romans 7:7 NKJ). The law exists to show us that we are sinners. It’s the impossible standard of an all-holy God that reflects our faults back to us, demonstrating that we can never be perfect.

Not that people haven’t tried. The religious leaders of Jesus’ day had made a cottage industry out of interpreting the commandments. For example, take the fourth commandment (Sabbath observance for those who didn’t have such a proper upbringing). From one commandment, they devised hundreds of rules to cover every contingency of what might, or might not, constitute breaking the Sabbath. Unfortunately for them, they were so concerned with minutia (and catching Jesus breaking a commandment) that they missed the big picture.

Being someone predisposed to legalism who had a proper upbringing, I understand the temptation to live by a defined set of rules. It’s easy. It doesn’t require a lot of thought, just a lot of memorizing and rote behavior. It doesn’t require looking at the big picture, just focusing on hundreds or thousands of little details. But no matter how hard one tries, the hundreds of little pieces will never add up to a perfect whole.

After the Israelites built the Ark of the Covenant, they placed the stone tablets containing the Ten Commandments inside—under the Mercy Seat. Even then God was giving them a picture of salvation. Only God’s mercy makes us righteous.

When a lawyer asked Jesus to name the greatest commandment (another attempt to ensnare him), he cleverly skipped over the Big Ten and answered with the Top Two.

But my re-look at this so-familiar passage revealed a subtle difference I’d never thought about before. Jesus doesn’t just summarize the commandments when he quotes these two passages from the Law; he tells us the greatest (and second greatest) commandment is to go above and beyond the Ten Commandments. It’s not enough to just obey the commandments—we have to do so out of our love for God and others.

Love. It’s what was so lacking from the Pharisees catalog of rules, what becomes so easily neglected when we fall back on legalism.

Earlier I mentioned I had looked to the Heidelberg Catechism to gain some new insights into a familiar passage. The writers of the catechism put their instruction on the Ten Commandments in the last portion of the work, in the section called “Gratitude.”  The rationale is that our good works should be motivated by our gratitude for God’s grace and our love for him. In fact, Paul tells us in I Corinthians 13 that all our good deeds are worthless without love.

By the way, did you remember what we celebrate tomorrow? Bet you weren’t thinking that a post about the commandments could contain a Valentine theme.

After leaving the corporate world to stay home with her children, C.J. Chase quickly learned she did not possess the housekeeping gene. She decided writing might provide the perfect excuse for letting the dust bunnies accumulate under the furniture. Her procrastination, er, hard work paid off in 2010 when she won the Golden Heart for Best Inspirational Manuscript and sold the novel to Love Inspired Historicals. Her current release, The Reluctant Earl, is now available  in online bookstores. You can visit C.J.'s cyber-home (where the floors are always clean) at www.cjchasebooks.com
Posted by C.J. Chase at February 13, 2014