NO OCEAN TOO WIDE by Carrie Turansky, Reviewed by Winnie, Rebecca and Paula 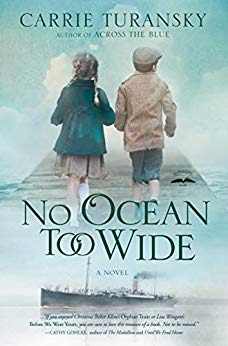 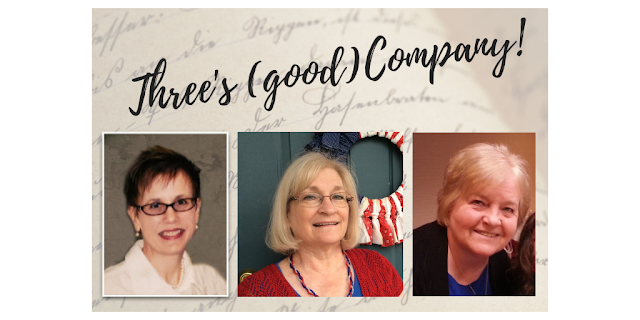 WINNIE'S REVIEW:
Carrie Turansky’s book, No Ocean Too Wide, is a fascinating look at a little-known slice of history. Compelling and poignant, this is a fictionalized story of a family’s experience with the British Home Children movement which placed British children with families in Canada in the late 1800s and early 1900s. Most of the children were orphans, although some were not, and the placements were not well-monitored. Although some of the children prospered, some placements were disastrous for the children. Turansky’s careful historical research stands out, as do her richly painted settings, in the telling of this family’s experiences.

I quickly gained empathy for Laura McAlister and her family as they came upon hard times. She had some tough and courageous choices to make. Andrew Frasier, an attorney investigating the emigration program, was a wonderful hero in the story, and came along at just the right time to help Laura. I admired his integrity and determination and the support he was to Laura. It was interesting to see the story from the different points of view of Laura, Andrew, and Katie. Turansky is a gifted writer with a knack for developing colorful, authentic characters. The secondary characters are also carefully drawn and enrich the story.

Powerful themes of courage, faith, hope, and the importance of family are woven through the story and give it an added depth. A few loose threads remain to the tale, which will be addressed in the author’s next book. I would recommend this to those who enjoy fiction based on historical events.

PAULA'S REVIEW:
No Ocean Too Wide by Carrie Turansky is a story about a family of orphans transported to Canada by the English in 1909.

One of the reasons I enjoy historical fiction is that I learn something. I had read books about the orphan trains in America but had not heard about the English “home children”. This book shows how the same orphan problem was handled very differently. It is a heart wrenching tale of a family that is split apart through death and illness. This book has many layers and delves into the motives behind sending children out of the country. It also shows how the protagonists want to live for God and how they grow spiritually.

Laura McAlister is determined to find her siblings who have been shipped off to Canada without her mother’s knowledge or consent. She agrees to accompany a group of girls to Canada in hopes of finding out where her sisters and brother are.

Andrew Fraiser will inherit a title and his father wants to groom him to take over the estate. Andrew has other ideas. He has a heart for the underdog so he becomes an attorney. He and his law partner are charged by the government to investigate the methods by which the orphans are chosen and make their way to Canada. They are also to see how the children are placed and if it is successful.

Laura and Andrew’s paths cross. Will they ferret out what happened to Laura’s siblings? Will they find other things in common?

The author builds tension: “She took one faltering step, then another. Dizziness washed over her, stealing her strength. She reached for the barn wall and opened her mouth to cry out, but her voice failed her.”

Ms. Turansky puts her characters in bleak situations but shows how their faith sustains them. This book resolves some issues but leaves plenty unanswered for another book or two. I look forward to reading the next installment.

*I was given a complimentary ARC copy of this book from the publisher. I wasn’t required to give a favorable review. All opinions are my own.*

REBECCA's REVIEW:
"What did she expect? This was what happened when you made a hasty decision, compromised your convictions, and tried to manipulate the situation."

Laura McAllister didn't start out to be deceptive, one thing just led to another, and before she knew it her misrepresentations of the truth landed her in a situation that demanded an explanation . . . to none other than the son of her former employer, Andrew Frasier. However, drastic measures had been Laura's only available recourse after discovering that her younger siblings had been removed from their home and placed in a precarious location; a British children's home where dozens of assumed orphans were being emigrated to Canada at an alarming pace.

Andrew Frasier is shocked to see his mother's former lady's maid traveling under an assumed identity. As a young lawyer, he was still trying to gain experience and expertise under the tutelage of Henry Dowd, who had been granted a government commission to study the practices of British orphanages and their subsequent placements of children. Seeing Laura in her current position compromises his initial impression of the lovely young woman. Just what is she up to? And can their brief acquaintance be useful in his current investigation?

Carrie Turansky's rich, relaxed writing voice serves her well in this engaging story where she meticulously places flesh and bones upon a skeleton that most readers never knew existed in the closet of British history. Cleverly leaving a few questions unanswered, the next book in the series will, without a doubt, be highly anticipated. 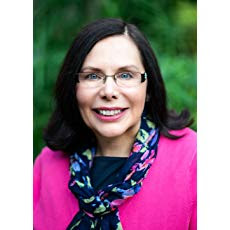 BackCover Blurb:
Between the years of 1869 to 1939 more than 100,000 poor British children were sent across the ocean to Canada with the promise of a better life. Those who took them in to work as farm laborers or household servants were told they were orphans--but was that the truth?

After the tragic loss of their father, the McAlister family is living at the edge of the poorhouse in London in 1908, leaving their mother to scrape by for her three younger children, while oldest daughter, Laura, works on a large estate more than an hour away. When Edna McAlister falls gravely ill and is hospitalized, twins Katie and Garth and eight-year-old Grace are forced into an orphans' home before Laura is notified about her family's unfortunate turn of events in London. With hundreds of British children sent on ships to Canada, whether truly orphans or not, Laura knows she must act quickly. But finding her siblings and taking care of her family may cost her everything.

Andrew Fraser, a wealthy young British lawyer and heir to the estate where Laura is in service, discovers that this common practice of finding new homes for penniless children might not be all that it seems. Together Laura and Andrew form an unlikely partnership. Will they arrive in time? Will their friendship blossom into something more?

Inspired by true events, this moving novel follows Laura as she seeks to reunite her family and her siblings who, in their darkest hours, must cling to the words from Isaiah: "Fear thou not; for I am with thee: be not dismayed; for I am thy God".