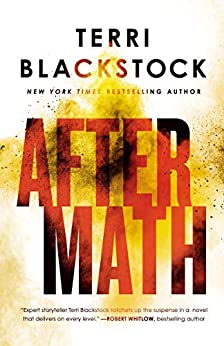 "This was the Twilight Zone. He couldn't have been more confused if he'd been on a three-day bender, but he hadn't had a drink since he got out of the army."

Arrested, due to an anonymous tip regarding the explosive materials found in his trunk, Dustin Webb places a call to the one person who had always believed in him. Jamie Powell.

Surprised would be an understatement. Criminal attorney Jamie Powell couldn't imagine why her best friend growing up, whom she had not spoken to in years, would be calling her from the county jail. After listening to Dustin's predicament, she couldn't agree with him more, he needed legal representation quickly. Jamie was determined to learn why the authorities had arrested Dustin as a suspect in an explosives heist, in addition to an horrific downtown bombing that killed dozens of people, including an up and coming politician. He had clearly been set up.

Put on your seat belt. This amazing romantic suspense takes dips and curves at a very high speed, sending your heart into overdrive and muddling your brain to the point that you may feel as sleep deprived as the characters. Desperate people do desperate things, leaving Dustin and Jamie tangled in the "after math".

"He who dwells in the shelter of the Most High will abide in the shadow of the Almighty. . . . . For it is he who delivers you from the snare of the trapper and from the deadly pestilence . .. " Psalm 91
*I purchased a copy and was under no obligation to provide a positive review.
BackCover Blurb:
This gripping new thriller will leave you on the edge of your seat.
A devastating explosion.
Three best friends attend a concert. Only one makes it out alive.
A trunk full of evidence.
When police stop Dustin Webb with a warrant to search his trunk, he knows there’s been a mistake. He’s former military and owns a security firm. But he’s horrified when the officers find explosives, and he can’t fathom how they got there.
An attorney who will risk it all for an old friend.
Criminal attorney Jamie Powell was Dustin’s best friend growing up. They haven’t spoken since he left for basic training, but she’s the first person he thinks of when he’s arrested. Jamie knows she’s putting her career on the line by defending an accused terrorist, but she’d never abandon him. Someone is framing Dustin to take the fall for shocking acts of violence . . . but why?
Thomas Nelson Publishing, May 2021
Available in digital ebook, paperback, hardcover, and audiobook:
Buy Aftermath at Amazon
Buy Aftermath at Christianbook.com
Buy Aftermath at Baker Book House
Posted by Debra E. Marvin at June 02, 2021