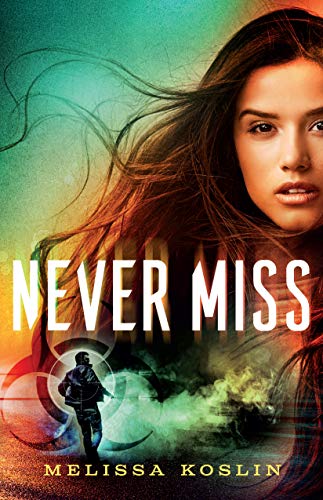 "I was in the CIA, Special Activities Center."

Kadance Tolle had been trained to hit targets from long distances since she was old enough to position a rifle. Following years of covert operations as a highly trained black ops sniper, her return to normal life had been plagued by a family who stubbornly refused to give her a choice about anything but following orders. No more. Kadance had finally broken free, only to find herself in the line of fire after she instinctively befriends a total stranger in order to save his life.

Dr. Lyndon Vaile is so brilliant that he can hardly carry on a normal conversation, but when a gorgeous avenging angel literally knocks him out of harm's way, he forms an odd alliance in order to survive. Whoever is seeking Lyndon's knowledge about the Ebola virus is deadly serious, and while neither Kadance or Lyndon consider personal attraction a good idea, it seeps into their psyche without their permission. The larger question being, can it survive; can they survive. Hundreds of lives are depending on their combination of instinct and intelligence to do just that. Never miss.

Reading this book could be likened to drinking several cups of black coffee on an empty stomach, the adrenaline factor is high octane from the very first page until the last. What a unique story line, matched by characters who are as individual as their talents, thus offering readers far more questions than answers until the very end. While a bit foggy on spiritual detail, the power of God's presence in a life is certainly lauded, and encouraged . . . making Lyndon and Kadance's cautious steps toward romance all the sweeter. This is an outstanding debut, leaving suspense fans clamoring for more!

Note: The thought patterns surrounding physical attraction between these two characters are just that; thought patterns, and while their blunt interruptions might raise an eyebrow, they fit the metamorphosis of their characters.
*I received a copy of this book from the publisher. The opinions stated above are entirely my own.

BackCover Blurb:
Former CIA sniper Kadance Tolle possesses a special set of skills and a rare pedigree. She comes from a family of assassins, and by saving Lyndon Vaile's life she risks being found by them. Despite the danger, Kadance feels compelled to help Lyndon discover who is after him--and his research that seems to prove that the Ebola virus was manmade and is about to be weaponized.

With shadowy figures pursuing them and a Mastermind watching their every move, Kadance and Lyndon must scramble to stop an impending bioattack at the State of the Union address. But their warnings fall on deaf ears, and it becomes increasingly clear that there's no one they can trust--except perhaps each other.

Strap in for a breakneck story that will have you up all night, hurtling toward the last page as the clock ticks and time runs out.