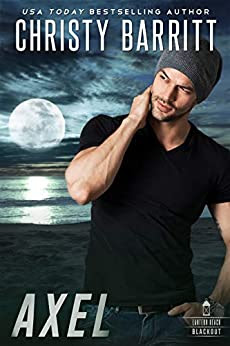 AXEL
"The town's newest waitress needed their help. But would she accept it?

Olivia Rollins thought that moving to the small town of Lantern Beach would give her the fresh, new start that she so desperately needed. She enjoyed her waitressing job at The Crazy Chefette and had even found a no-frills rental where she could live in relative peace. Unfortunately, it only took a solitary walk to the dumpster one evening to realize that "He'd found her".

Axel Hendrix was often misunderstood by the ladies. His harmless flirtation was just a way to pass the time, but when he saw the lovely Crazy Chefette waitress on the ground with a near-hulk ready to strike, his persona changed quickly into an ex-Navy SEAL. A member of the elite private security team, Black Out, Axel knew trouble when he saw it and Olivia Rollins was in trouble.

This fun romantic suspense utilizes the art of deception perfectly, as Axel and Olivia pretend to be in love and and then end up trying not to be . . . . or, something like that. . . in the meantime, they go undercover to try and stop a very real group of human traffickers. This author is obviously at home on Lantern Beach. 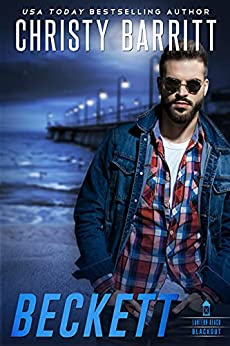 BECKETT
"I'm Beckett Jones, and I work for a private security agency called Blackout. Your father hired us to find you."

Psychologist Samantha Reynolds had been kidnapped, locked in the turret of a crumbling castle in the mountains of Georgia, and by all appearances left to die. Following her harrowing rescue by a member of the Blackout team, she returned with them to their Lantern Beach, North Carolina headquarters so that the team could provide her with around-the-clock security they could sort out the details. And the details . . . . . . were proving to be very messy.

Having bonded with her "knight in shining armor" Beckett Jones, Sami begins to feel the pull of attraction. But Beckett is the opposite of everything she has pre-determined to look for in a serious relationship, especially when it appears that Beckett keeps his feelings very close to his chest; it would never work. . . . but a kiss is a powerful thing.

Can Sami break through Beckett's no-smile shield? Will Beckett allow himself the pleasure of discovering there's someone who was meant for him? Not to mention the matter of understanding all the twisted clues that followed them to the island, putting Sami in mortal danger all over again. 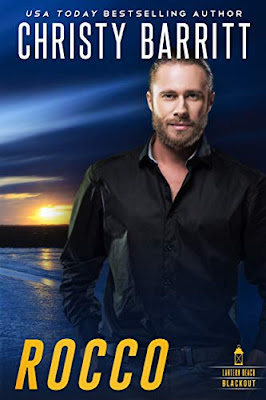 ROCCO
"How had such an ordinary night ended up like this?"

Delivering cupcakes. She was just there to deliver cupcakes. "I think there's a misunderstanding here", Peyton Ellison quips to the hooded man standing next to the entrance of a dark warehouse building on the sketchy side of town. But never in her wildest dreams, make those nightmares, had she imagined being caught in the middle of a gun fight, only to be rescued by a dark knight with a mesmerizing British accent.

Rocco Foster had acted on pure instinct. His former experience as a Navy SEAL had honed that ability well, but now he had a frightened female pinned underneath him on the pavement to deal with, one that smelled suspiciously like . . . . . a bakery? What was a beautiful woman holding a box full of confections doing in the middle of their mission? Obviously, some very dangerous people had now seen her face, putting in grave danger based on the near ambush. Either that, or she was a very convincing decoy sent to confuse his elite Blackout security team away from their original plans.

What a fun start to this Lantern Beach sub-series; two opposites attracting under the most curious of circumstances forming a recipe for danger or delicious; which would it be?

"One day, she was going to have quite the story to tell. If she lived long enough to tell it." 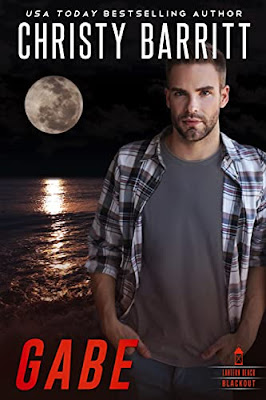 GABE
"Pain ripped through his side. He'd been hit."

Former Navy SEAL Gabe Michaels was lucky to be alive after being struck by a hit-and-run driver while jogging along a narrow Lantern Beach road. Transported to the local medical clinic, he found himself face-to-face with the new lady doc in town, Autumn Spenser, whom he'd admired from afar. But it didn't take long for Gabe, a Blackout security operative to ascertain that Autumn was in a bit of trouble herself; thankfully Gabe was in the right place at the right time to avert a second crisis. If only that had been the end of the story.

One by one, members and associates of Gabe's former SEAL team were dying under mysterious circumstances. The remaining veterans were experiencing a plethora of unusual ailments. Could Dr. Spenser find the answers they so desperately needed or was she somehow connected to the problem, and didn't even realize it? There was an ever larger question looming in front of Gabe . . would he be capable of protecting her when, not if, things turned dangerous, for she was quickly becoming very near and dear to his heart.

"You don't have to prove yourself to me," she had said. Kinder words were never spoken.

There's so much to love about this story!

*Rebecca purchased all four of these stories and was under no obligation to provide a positive review.

BUY: The Lantern Beach Blackout -The New Recruits Series is available in digital ebook and paperback at Amazon 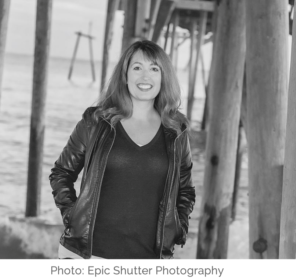 A Publishers Weekly best-seller, Christy writes both mystery and romantic suspense novels that are clean with underlying messages of faith. Her books have sold almost two million copies, and one is currently being developed as a movie.

Christy's books have won the Daphne du Maurier Award for Excellence in Suspense and Mystery, have been twice nominated for the Romantic Times Reviewers Choice Award, and have finaled for both a Carol Award and Foreword Magazine's Book of the Year.

She's married to her prince charming, a man who thinks she's hilarious--but only when she's not trying to be. Christy's a self-proclaimed klutz, an avid music lover who's known for spontaneously bursting into song, and a road trip aficionado.

Christy currently splits her time between the Virginia suburbs and Hatteras Island, North Carolina. She loves spending time with her husband, her two sons, and her four dogs.