Travel to Versailles with Me

There’s something about the writing of Golden Keyes Parsons that speaks deep to my soul. Her journeys through history never fail to leave me in a cathartic pool of tears. Her new release, Prisoner of Versailles, is certainly no exception. 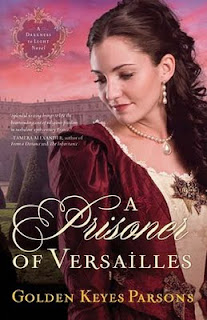 Prisoner of Versailles is the second in the Darkness to Light trilogy, and like its predecessor, In the Shadow of the Sun King, takes place in the majestic court of Louis XIV. I have to admit, I love all things French. I had the pleasure of visiting Versailles last year, and Golden’s books sweep me right back to the grandeur and elegance of the historic palace.
In part one of the series, we are introduced to the beautiful Madeleine Clavell who is caught in the struggles between the Catholics and French Huguenots. Madeline risks going to court and gambling on her former relationship with the king in hopes of saving her home and family from dire persecution.
The story continues in book two as Madeleine and her eldest son, Phillipe, are imprisoned within the glamorous walls of Versailles. Outmaneuvered by the magnificent sun king who wants her for himself, and convinced that God has abandoned her, Madeline feels she has no option but to turn to her own plans and save her family.
Rest assured that these books come with a hearty helping of romance and dashing heroes amidst the adventure and intrigue, although I don’t want to say too much and give the story away.
The characters in these stories ring so true to me. I particularly love Madeline’s children. Golden’s experience as a mother and grandmother is evident in the way she portrays the hopes, fears, and potential of these children, along with their special gift of child-like faith. In one scene, Madeleine’s six-year-old daughter Vangie is caught playing with her dolls. “We have to have faith that Maman and Phillipe are going to come back to us,” she says to her playthings, long after the adults had given into despair. 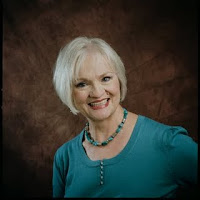 Golden issues a challenge: dare to take God seriously. Her heart of a pastor shines through her plots, ministering wisdom and truth to her readers. The part of this novel that particularly ministered to me was a quote from the early chapters as handsome courtier Pierre Bovee cries out to God, “Will I ever learn to seek your direction first, instead of making my own plans and then asking you to bless them?” This insightful question echoes what God has been speaking in my own church and small group over the last month, and the concept behind the question was reinforced throughout story.
Upon reading my review, Golden shared that: I believe Christians have struggled with the same issues down through the ages ... pride, a desire to be in control, independence from God. Sometimes we portray characters from former times a little more angelic than I believe they should be characterized.
Perhaps the most important message of the book, however, is that even when we give up on God, He still never gives up on us. I adored the way God’s mercy and grace chased after Madeleine. I can’t help but think it was the prayers of her children that saw her through to the end.
To which Golden said: Oh, I am so glad that message came through! When Madeleine was ready to compromise and give in to the tempting offer of the king, God still made a way for her to escape ... because He knew her heart. She was his child, and nothing would change that. And I hope that her repentance scene rang true as well.
I look forward to the next installment of the Darkness to Light saga in fall 2010.
Have you ever had a time when you gave up on God, but he didn’t give up on you? Have you asked God to bless your plans or have you asked for His plans in your life?
Golden should be stopping by today. Feel free to leave thoughts and questions for her.
If you would like to win your very own copy of Prisoner of Versailles or In the Shadow of the Sun King leave a comment on today’s post. Be sure to leave your email address so we can contact the winner. Add spaces around the @ for your protection. Winner will be drawn at random on October 13th. 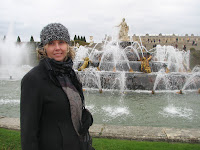