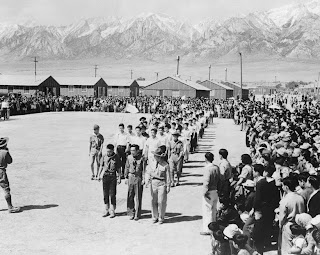 Lisa here. I've had the great privilege of working in a critique group with Bob Kaku. He has written a fascinating story set during the tumultuous years of the Second World War. Being of Japanese American descent, he naturally gravitated to the tales of the Japanese Americans of that era. There were no easy answers for anyone. Bob deftly illustrates the conflicting priorities that tugged at people and the results of prejudice and hatred through the lives of three brothers and the very different choices they each make.
With grace and style he weaves his story into actual events and manages to teach the reader that beneath our differences we have a lot more in common than we think. And most important, that we are all in need of God's grace in our lives.

Just Americans by Robert Kaku
Many people acknowledge the internment of Japanese Americans during World War II as a big mistake. Buried in this backdrop was a small mistake that epitomized the fundamental error and tragedy of the incarceration of American citizens whose only “crime” was being of Japanese descent.

Out of the internment camps in the interior of the United States, thousands of young Japanese American men enlisted in the army’s 442nd Regimental Combat Team. Despite their families being locked up behind barbed wire, these men went on to serve their country with great distinction. The 442nd RCT became the most decorated unit of its size in World War II, and perhaps, in the entire history of the U.S. Army. President Harry Truman addressed these troops after they had returned from Europe in 1946, saying “You not only fought the enemy, but you fought prejudice, and you’ve won.” 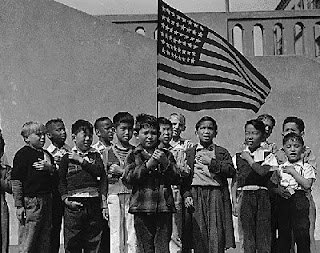 One of the heroes of the 442nd was Young Oak Kim, an Asian American, not of Japanese descent, but of Korean. Throughout his military career, he won nineteen decorations, including Distinguished Service Cross, two Silver Stars, two Bronze Stars, three Purple Hearts, a Bronze Medal of Military Valor, a Légion d'honneur, and a Croix de guerre.
He was drafted into the army in 1941, prior to Pearl Harbor. His superiors quickly recognized Kim’s intelligence and leadership abilities and selected him for Officer Candidate School. Upon graduation, he was attached to the all Japanese American 100th Battalion, which later became a part of the 442nd Regiment in Europe. Apparently, his commander had mistakenly assumed Young Kim was Japanese American.
Japan and Korea had been enemies for centuries. Twice in the late 16th century, Japan’s military ruler, Hideyoshi Toyotomi, invaded Korea, causing a tremendous loss of lives and infrastructure, destruction and confiscation of significant artworks and historical documents, and the kidnapping of Korean artisans and technicians. Japanese soldiers brutalized, raped, and starved Koreans to death. 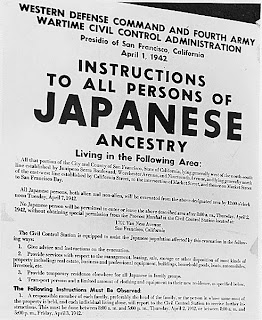 In the early 20th century, a modernized Japan sought to acquire hegemony in East Asia, battling and defeating the Russian military forces. Korea was one of the prizes of victory and became a Japanese colony from 1910 to 1945. Once again, the Japanese occupiers made Koreans suffer, forcing many into servitude in Japan, robbing their country of its resources, and virtually eliminating their language and culture.
The Koreans had plenty of reasons to hate the Japanese, and these feelings traversed the Pacific with immigrants from both countries settling in Hawaii and the West Coast of the U.S. in the late 19th and early 20th centuries.
Upon discovering the mistake, the commander offered to transfer Young Kim out of the 100th Battalion. Kim replied, "There is no Japanese nor Korean here. We're all Americans and we're fighting for the same cause." 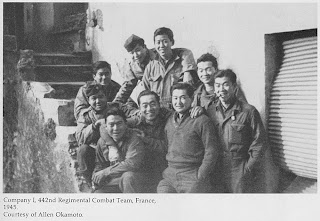 That reply symbolized the fight the Japanese American soldiers took to the enemy over sixty years ago.
Indeed, it is an inspiration all Americans can rally around in the service of their country.
In his work-in-progress novel, Cherry Blossoms in the Storm, author Robert Kaku tells Young Kim’s story as a part of a fictionalized account of the Japanese American experience in World War II.
Posted by Lisa Karon Richardson at April 22, 2010