Review-Face of Betrayal by Lis Wiehl and April Henry

By Lisa Karon Richardson
Katie Converse, a seventeen-year-old senate page is home on break when she disappears while walking her dog. Enter the Triple Threat Club. Allison Pierce is a federal prosecutor, Nicole Hedges is a special agent with the FBI, and Cassidy Shaw is a TV news reporter. These three friends are drawn to the case from the moment they hear of the disappearance. Each uses their distinct resources and point-of-view to pursue the case. Each has their own reasons for becoming so passionately involved in finding justice for this particular girl. 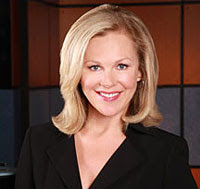 Face of Betrayal is fast-paced and well written. The chapters are short and entice you to keep reading just one more before you stop. I also enjoyed the information about the senate page program, since it was something I was not at all familiar with. The authors wrote about the protagonists’ jobs with a good deal of authority and I enjoyed ‘learning’ some of the behind the scenes details of those professions.

Some Christian readers may find some of the scenes to be a bit edgier than they’re used to. There is no graphic detail, but there is an ‘after the fact’ bedroom scene between an unmarried couple and also some scenes with one or more of the protagonists drinking.

I think the endorsement on the cover from Suspense Magazine made me expect a suspense, but this is a straight mystery because there is no personal danger to the protagonists because of their pursuit of this case, nor is there any sense of the ticking clock. I checked the back cover and Thomas Nelson did classify the book as a mystery so it was my own fault for simply assuming it was a suspense. So a word to the wise, don’t assume, because we all know what that makes out of ‘u’ and me.

Despite the good pacing and craft, I did have a few issues with the story itself. I found three or four flaws in logic that made me roll my eyes a bit. I would share, but I don’t want to post a spoiler. Secondly a couple of the red herrings were so fishy that I could smell them a mile off. It was like watching an episode of CSI or some other crime show. You know without a doubt that the suspect in question isn’t the culprit because there’s too much airtime left to fill. Fewer of those would have left more room to develop the characters more fully.

My biggest quibble with the story was that the solution was based on a coincidence. It’s a pet peeve with me, but I want the heroes and heroines in the books I read to employ actual skill in solving the case. The ending also involves a leap of faith that I wasn’t quite able to complete. The authors managed to also hit on my other pet peeve in that the culprit who has managed to get away with murder for weeks now, confesses to the crime before they’ve even been accused. The entire wrap-up was, in my opinion, rushed and contrived.

Overall I found Face of Betrayal to be okay. A different ending would have probably made it a good or maybe even a great read for me. But as always, your mileage may vary.

I received a copy of this book from the publisher for the purpose of review.
Posted by Lisa Karon Richardson at April 03, 2010