Gina here :: As I was researching Christian fiction with international settings, Splashdown publisher and sci-fi author Grace Bridges and I struck up a conversation. P.A. Baines is one of her authors. The premise of his book fascinates me. So much, I've order a copy of P.A.'s book, for me, as well as my teen-age son, to read.

by P.A. Baines
﻿Have you heard the story about the brave hero who saves a kingdom from destruction and, as a reward, is told he may have anything his heart desires? I am sure there are a few such stories, but have you heard the one where the hero asks for a chess board full of rice?
He asks that a single grain of rice be placed on one corner square, and that double the number of grains be placed on each adjacent square, until all the squares have been used. The king scoffs at this request, assuming that it will be a paltry amount, and agrees. And yet there was not enough rice in the whole kingdom to pay the young man. 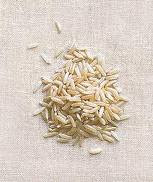 The reason there was not enough rice is because the increase was exponential.

So how many grains were on the last square? Over 9 million, million, million grains of rice. In total, the boy wonder was owed approximately 500 million, million kilograms (or 500 thousand million metric tons) of rice! That is 50,000 times the amount of rice exported by Thailand in the whole of 2008. Needless to say, that is a lot of rice.

About forty years ago, Gordon Moore at Intel was quoted as stating that the number of transistors on a computer circuit would double every year. This became known as Moore's Law and has been pretty accurate for almost half a century.

So what does this have to do with grains of rice?

Nothing, except that the same principle of exponential growth is at play. Technology is not just growing in complexity at a steady pace.

Science is enjoying a heyday, and they are bent on persuading people that God does not exist. Just this week, the man considered by many to be the successor to Albert Einstein, Stephen Hawking, declared in his new book The Grand Design: "Because there is a law such as gravity, the universe can and will create itself from nothing. Spontaneous creation is the reason there is something rather than nothing, why the universe exists, why we exist."

So, according to one of the greatest minds in the world, the universe did not need God to come into existence. You can almost hear the New Atheists cheering.

Personally, I have nothing against science. I admire the tireless work done by scientists to make this world a better and safer place. There is a problem however, when scientists work in a moral vacuum or on the shaky foundations of a moral system that can change based upon the whims of a world lost to sin.

Many years ago, the aim of science was to learn more about God's creation. These days, the aim seems to be to destroy God. Scientists, now free from the absolute boundaries of moral responsibility, move forward without stopping to see if they really should. Not so long ago , there was talk of trying to clone a human. The world said "no", but the world's moral system can and will change. One day that "no" may become "perhaps" and then eventually "yes". 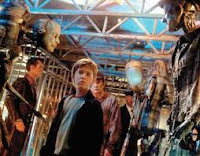 The same can be said for Artificial Intelligence (or A.I.). Scientists are rushing to see who can be the first to create a computer that can think for itself. Science fiction tends to paint a grim picture of A.I., from the heart-wrenching David in the film "Artificial Intelligence: AI", to the sinister Hal in "2001: A Space Odyssey", to the downright maniacal murderousness of the Skynet in the "Terminator" series.

But has anyone stopped to ask what happens if we succeed in creating such an intelligence? What happens if we create a mind that not only thinks for itself, but also becomes aware of itself? Do we just turn something like that off?

A few years back I saw a television show in which a programmer had created a colony of virtual "ants". They were just dots on a screen, programmed to obey a few simple rules. The programmer discovered that, from time to time, the chaotic movements would suddenly become ordered, as if some sort of hive intelligence were at work. He said that he hesitated to turn off the program. Can you imagine how he would feel if that program had the same self-awareness as a human?

In my book, Alpha Redemption, I explore this issue through a spaceship's computer (Jay) who starts out simply being able to learn which, over time, leads to him developing a sense of self-awareness. With an insatiable appetite for knowledge, Jay consumes information wherever he finds it. Soon, however, scientific facts are not enough and he wants to learn more about love from the ship's sole astronaut (Brett). Before too long, Jay wants to know about God and Brett suggests he read the Bible. Jay then wants to know if he has a soul and what will happen to soul when he "dies".

My story is pure science fiction but, like so much in the genre, it is only just so. The time may come when our exponential search for scientific advancement presents us with a being that we have created who wants to know if it has a soul.

What will we tell such a creature?

Perhaps more importantly: should we even be going down that road in the first place? We need to answer these questions now because if we wait much longer it may be too late.
~*~ 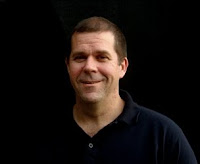 P.A.Baines is the author of Alpha Redemption, a Christian speculative fiction novel that asks the question: “If a man-made artificial intelligence became self-aware and developed a belief in God, would God recognize it as having a soul?”.
Educated in Africa, he works as an analyst/programmer and is studying towards a degree in Creative Writing through the Open College of the Arts in England. He currently lives in a small corner of the Netherlands with his wife and two children and various wildlife.

From despair he fled, through tragedy he lived on, and journeyed to innocence. His trajectory: the stars. His companion: a computer poised at the brink of sentience. An unlikely friendship on a prototype spaceship at lightspeed towards Alpha Centauri, and redemption.

Buy a copy at Amazon, Barnes and Noble, Book Depository, and Splashdown, .


"In Alpha Redemption, a story both fascinating and unique, P.A. Baines wonderfully marries two of my favorite themes: the danger and isolation of space exploration and the idea of man's creation giving him greater insight into his own Creator. If you like your science fiction on the introspective side -- on the order of Clarke's 2001 or Pohl's Gateway -- then this is a must read."