Gina here :: Since yesterday I shared a list of Christian authors who write for the ABA market or both ABA and CBA, I thought it was fitting to have one of them, my friend and mentor Laurie Alice Eakes, to share a devotional. The verse she chose to add just so happens to be in my Top 5 favorite verses.
Softening to God’s Perfection
by Laurie Alice Eakes
“I will give them an undivided heart and put a new spirit in them; I will remove from them their heart of stone and give them a heart of flesh. Then they will follow my decrees and be careful to keep my laws. They will be my people, and I will be their God.” ~Ezekiel 11:19-20


The first football game of the day was over. The feast had digested enough everyone looked forward to a slice of one of the two pies I make a year, a pumpkin and a Dutch apple, both on Thanksgiving. For the years this group of friends has gotten together, my two pies have become famous, even bragged about.
“You can’t be a true member of my mother’s family if you can’t make a good pie,” I often joked.
If I remember nothing else about my grandmother, it will be her incredible pies. Same with my mother. Although little else I bake comes out well, my pumpkin and Dutch apple pies make me believe I have a drop of the family talent for pastry.
But not that year. 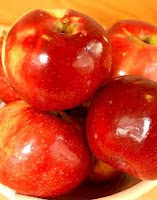 The pumpkin was perfect, merely awaiting the knife to cut into the succulent custard, smelling of cinnamon and a hint of nutmeg. Beside it, the Dutch apple preened, golden brown, it’s topping molded around a mound of apples. The aroma of tart apples, cinnamon, and a hint of butter from the crust had permeated the apartment even above turkey and dressing. Everyone ooed and ahhhed over that pie’s perfection.
Until I sliced through with the pie cutter. Or better yet, until I tried to slice into it with the pie cutter.

The edge met resistance, where it should have glided in like the proverbial knife through warm butter. For some reason, the apples hadn’t soften as they baked in a 450 degree oven for 50 minutes.

Too often, our relationship with God is like that disastrous pie.

We look perfect.
We have even been tested in the heat of life.

But at our heart, we are hard-hearted, resisting His attempts to slice down to our core, to soften us to His will.


God told Ezekiel He would break His people’s hearts of stone to bring them to Him. It’s a scary place to be—so tough at the center of our relationship with God that He needs to break us. Maintaining a perfect crust isn’t easy when the heart is being softened. Yet the end result is as sweet and desirable as a pie perfect from crust through to the center-most apple.
Are there places in your heart that are hardened against God's will to make you wholly His? 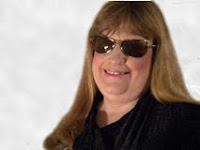 Award-winning author Laurie Alice Eakes does not remember a time when books did not play a part in her life; thus, no one was surprised when she decided to be a writer. Her first hardcover was an October, 2006 Regency historical from Avalon Books and won the National Readers Choice Award for Best Regency, as well as being a finalist for Best First Book. She is also a finalist for the ACFW Carol award in the short historical category (winners to be announced in September). After selling her first book in the inspirational market, she also wrote articles and essays for Christian publications. A brief hiatus in publishing climaxed with her selling thirteen books in thirteen months, to publishers such as Barbour, Avalon, and Baker/Revell.


She is an active member of RWA and ACFW, and started the Avalon Authors group blog. A graduate of the Seton Hill University Master of Arts Degree in Writing Popular Fiction, And a Bachelor of Arts graduate in English and French from Asbury College, she is an experienced speaker, and has made presentations at local and national RWA conferences, as well as local universities and libraries.

Until recently, she lived in Northern Virginia, then her husband’s law career took them and their dogs and cats, to southern Texas, where she writes fultime and enjoys the beach whenever possible.

You can find her web site at: http://www.lauriealiceeakes.com/