I recently broke a good-sized piece off a back molar and found myself in the dentist chair.

Because I’m allergic to anesthetic, dental work and I aren’t the closest of friends. Fortunately, I don’t have to visit the dentist too often.

The next day after much prayer, I agreed to allow the dentist to fix the broken tooth, part of which had lodged itself in a different place.

I was grateful when the dentist informed me it would just take a filling. However, the fix (sans anesthetic) was no easy one. “Sorry, but this is going to hurt,” she warned me several times throughout the procedure. She was right - and I have a somewhat high pain tolerance when it comes to dental work.

While the replacing of the broken piece of tooth and a large filling is not considered a major medical situation by any stretch of the imagination, it was excruciating. I folded my hands and continued to pray, having faith that God would bring me through this.

It wasn’t long before my mind wandered to a book in the Old Testament.

I love the story in Numbers 13 about the exploration of Canaan. The Lord tells Moses He is giving Canaan to the Israelite people. Twelve men, all of them leaders of the Israelites, were chosen to explore the land and bring back a report. When the leaders returned, they gave a mixed account. Nearly all of them insisted that, while the land did “flow with milk and honey”, there was also a downside. “The people who live there are powerful…we can’t attack those people; they are stronger than we are...we seemed like grasshoppers in our own eyes, and we looked the same to them.”

I can just hear the murmurs of the frightened Israelite people as this report passed from person to person. Powerful fortified cities? Large scary people who were so big they made normal people look and feel as tiny as grasshoppers? I wondered if the Israelites covered their mouths in shock and gasped in horror. Surely they failed to realize that there was Someone larger than the obstacle they saw before them. Surely there was Someone in control of the entire situation.

Where was their faith?

Caleb, on the other hand, had a completely opposite take on the matter: “We should go up and take possession of the land, for we can certainly do it.”

I was in pain for nearly a week after my dentist appointment and I would be lying if I said I’m looking forward to visiting the dentist chair again.

But I learned something important that day. I learned that sometimes seemingly small trials can make a huge impact on our faith.

~*~
QUESTION OF THE DAY: What seemingly small trial impacted your faith?

Leave a comment and an e-mail addy (yourname_at_address_dot_com). Penny is giving away a copy of her newest release, KAYDIE. 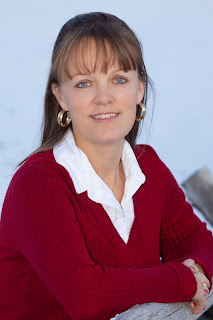 Penny Zeller is the author of several books and numerous magazine articles in national and regional publications. She is also the author of the humor blog “A Day in the Life of a Wife, Mom, and Author” (www.pennyzeller.wordpress.com). She is an active volunteer in her community, serving as a women’s Bible study small-group leader and co-organizing a women’s prayer group. Penny devotes her time to assisting and nurturing women and children into a closer relationship with Christ. Her passion is to use the gift of the written word that God has given her to glorify Him and to benefit His kingdom. Kaydie follows McKenzie in Montana Skies, her first series with Whitaker House. When she’s not writing, Penny enjoys spending time with her family and camping, hiking, canoeing, and playing volleyball. She and her husband, Lon, reside in Wyoming with their two children. Penny loves to hear from her readers at her Website, www.pennyzeller.com 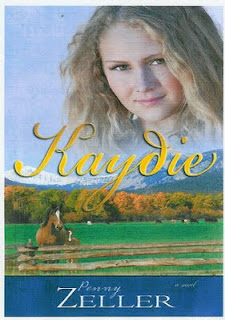 KAYDIE
For the first time in years, Kaydie Worthington Kraemer can breathe easily. Although she is still haunted by memories of her abusive husband, Darius, she takes comfort in knowing the man is dead. Staying with her sister McKenzie and brother–in–law, Zach Sawyer, at their ranch, Kaydie is still wary of men, especially now that she has another life inside of her to protect. As she looks forward to her baby's birth, she builds a protective wall around herself that won't be easy to tear down.

Ranch hand Jonah Dickenson views his boss, Zach, like a brother. He does not, however, envy Zach's new role as a husband. Deserted by his mother at a young age and forever despised and rejected by his own father, Jonah has few close relationships. But there's something about Kaydie that draws him to her and makes him question his decision to remain a bachelor.

When Cedric Van Aulst, an old friend of Kaydie's, comes to town, an unforeseen prospect of marriage arises. Cedric is someone Kaydie trusts. Will she settle for a safe union with him, or can she trust God to guard her heart and her life in the arms of Jonah?

KAYDIE can be purchased at Amazon, Barnes and Noble, and CBD.
Posted by Unknown at April 14, 2011