Choose Your Own Adventure

As a child of the 80s I loved the Choose Your Own Adventure series of stories. Even at a young age the thought of kind of writing my own ending was enticing. Although I always went back and tried all the possible paths just to see if I could get to the best outcome. It was kind of like a game to make the “right” choices all the way through. Sometimes I would even cheat and take a peek ahead to make sure I was on the right course. But even then, I’d end up reading all the other choices too. 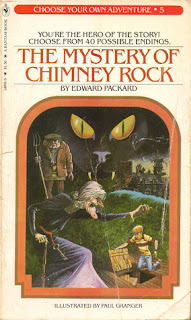 There’s certainly something intriguing about the idea that our lives could be entirely different if we happened to catch one bus instead of another, or if we turn left rather than right upon entering the grocery store. To believe that is to accept the idea that the tissue of daily life is as thin as—well—tissue.

Not that we are all mindless puppets moving through life exactly as God, the puppet master, intends as he pulls the strings. Because that’s where a delightful little thing called “free will” enters the picture.

Had I been in charge of creation you can bet your bottom dollar I never would have let something as atomically dangerous as free will enter my paradise. But God took a chance on us. He decided that a forced relationship wasn’t worth it. He wanted us to choose Him.

We get to Choose our own Adventure. Oh, and we can even cheat and check out the different paths. Just page through the Bible. There’s plenty of warnings and advice about what will happen if we make decisions that conflict with the Word, and plenty of advice and encouragement on how to choose the right path. The one that will lead us to a happy ever ending.

No, we can’t control everything that happens to us, but like CJ discussed yesterday, the turning points in our lives often hinge, not on the events themselves, but on our reaction to the events. That’s why the Bible says the steps of a righteous man are ordered by God. Because the righteous are those who are seeking His guidance and allowing His influence to inform their decisions. They are letting God direct them.

Did you ever read any of the Choose your own Adventure stories? Did you like them, or was it too much pressure? Have you ever made a seemingly small decision that had a big effect? 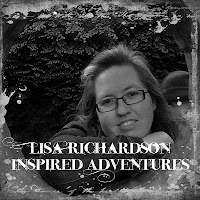