If you were to read a book about my life, well, I'm sorry, but I'm afraid you'd quit long before you finished. In fact, except for a some scattered incidents over the years, most of it is rather mundane fare. 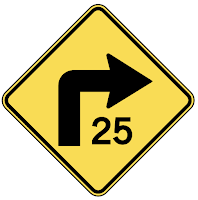 But as for those times when my life hasn't been dull reading? The most "exciting" chapters of my life are its darkest points: the death of my father, the birth of my son with Down Syndrome, my husband's battle with mental illness. Hard times, filled with tears and questions. And yet, I wouldn't be the person I am without them.

If my life were a story, those life-changing experiences would be called turning points.

Protagonists of commercial fiction always have a goal.
Solve the crime. Escape from the villain. Make the team. Even, save the world.
But reaching the goal is never easy for our hero. He faces twists--turning points--along the way in a two-steps-forward, one-step-back pattern. Just when he thinks the goal is within reach--the crime is solved, the escape is assured, the world is saved--our intrepid hero comes to a detour that requires his story GPS to furiously recalibrate.
These turning points throw the character off course. How will our heroine find a new route to reach her goal? Or is that even her goal anymore? Sometimes, the goal actually changes because of the curves, the turning points, the character encounters along the way.
Consider Luke Skywalker, the protagonist of Star Wars, the most successful movie of all time. Luke buys a droid (robot) with a cryptic message: “Help me Obi Wan Kenobi. You’re my only hope.” Luke tracks down Obi Wan, delivers the message, and then heads back to the farm. Hey, he's got obligations to fulfill before he can go to the academy. Luke's life is set, and he's done his part. He delivered the message. Rescuing the girl is up to Obi Wan.
Or so he thinks. What he finds when he returns to the farm changes young Luke’s life forever.

With his family massacred, Luke's goals change, and he joins Obi Wan in the resistance.
Let's take another famous example from the great Disney classic, Beauty and the Beast. (A bit of trivia, Beauty and the Beast was the first animated movie nominated for the Best Picture Oscar.) Our heroine Belle has dreams of romance and adventure. We know this because she tells us so. "I want adventure in the great, wide somewhere..." Go ahead, sing the rest. I know you know it.
Instead, she ends up exchanging her life for her father's, in the process becoming a prisoner of the Beast. This is not the adventure she envisioned! Her great, wide somewhere has been reduced to a gloomy, remote castle.
During a desperate escape attempt, Belle is attacked by wolves. Who comes to her rescue? The very Beast she is trying to flee. He fights the wolves and suffers a grievous injury during the ensuing melee. With the wolves gone and the Beast wounded, Belle has her chance to run away.

But then she hesitates as she realizes the ramifications of the Beast's actions. What does she do? She literally turns (turning point alert!) and looks at the injured Beast. And this time, she sees not the horrid Beast who keeps her prisoner, but the person who just saved her life. It's time for a decision. Leave him, alone and dying in the snow, or return and nurse him back to health? The choice she makes changes the course of her life.
To see the creative genius of the Beauty and the Beast writers, watch the movie for yourself. At every turning point, a character literally turns, either toward or away from another character.
You see, in addition to keeping us interested and entertained, these twists, these turning points, are what force our hero to face his own character flaws. The character has to change--not just direction, but attitudes, assumptions, and beliefs. And we want the character to change. We want the hero to be a better person at the end of the story, to be a person worthy of reaching the goal.
Imagine a Christian life that is a straight, smooth road. No struggles. No pain.
No growth.
Now think back on the turning points in your life: a divorce, a diagnosis, a death. They force us to confront some rather un-pretty aspects of our character, the dark places we try to keep hidden from our friends and relatives. Those times present us with a choice. Will we allow bitterness to harden our hearts, or will we allow God to use these situations to mold us into the people he wants us to be?
I have a goal for my life story. Someday, I want to hear the words, "Well done, good and faithful servant!" And while I know the antagonist is constantly trying to throw roadblocks in my path, to divert me from living a full, Christian life, I know the Author of my story can use those turning points for something good.
Fun question: Do you have a favorite turning point from a story?
Serious question: What have been some of the turning points of your life, and how have they changed you?

After leaving the corporate world to stay home with her children, C.J. Chase quickly learned she did not possess the housekeeping gene. She decided writing might provide the perfect excuse for letting the dust bunnies accumulate under the furniture. Her procrastination, er, hard work paid off in 2010 when she won the Golden Heart for Best Inspirational Manuscript and sold the novel to Love Inspired Historicals. Redeeming the Rogue was an August, 2011 release. You can visit C.J.'s cyber-home (where the floors are always clean) at cjchasebooks.com
Posted by C.J. Chase at March 07, 2012