With the presidential election fast approaching, I think it would be fitting to have my friend, Jon Wakefield, share about the founding of our great nation and where we are now. His thoughts, for me, help put the 2012 election in perspective. Enjoy!  ~Gina

Who Will Rule America – An Earthly King or the Heavenly King?
by Jon Wakefield 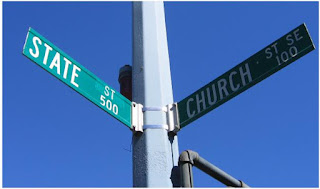 “Choose some wise, understanding and respected men from each of your tribes, and I will set them over you.” ~ Deuteronomy 1:13


In 1776, America’s Founders rejected tyrannical rule by earthly kings and embraced freedom under the rule of the Heavenly King. Our Declaration of Independence captures this in a single sentence that has helped free countless people and hold back the floods of oppression for centuries: “We hold these truths to be self-evident, that all men are created equal, that they are endowed by their Creator with certain unalienable rights, that among these are life, liberty, and the pursuit of happiness.”
Many Americans sacrificed everything to uphold that universal truth as they ultimately—and providentially—won the war for independence, leading to the freest, most prosperous nation God ever gave Earth. This was possible only because His people were committed at every level of the fight. As our second president, John Adams, said, “Pastors in particular and Christians in general were so influential in our move for independence.” God led his faithful followers to preach, fight, and die to secure the rights of self-government, of choosing our own representatives and worshipping God as He directs our consciences.


So 236 years after this monumental shift in world history driven by God and the sacrifices of His people, I ask, How are Christians honoring that immeasurable gift of self-government?


Sadly, I believe we’ve done a U-turn and are now embracing what we once fled. Over time, we have rejected freedom under the Heavenly King and are creeping toward reestablishing tyranny under the earthly king of Big-Government rule. Consider:


·         America’s total current and future national debt (including unfunded liabilities)—much of which is borrowed from nations with little regard for human rights (like China)—is estimated to be at least $75 TRILLION, more than the combined monetary wealth of the entire world. Our children will have to repay this debt with blinding taxes, unemployment, inflation, and a loss of freedom they can’t even fathom.


·         The Federal Government will now control how Americans spend the money God has given them, taxing them when they choose to not purchase health insurance. The Supreme Court has also granted Congress unlimited power to tax whatever other non-activity it wants.


·         Our federal tax code is 72,000 incomprehensible pages, often used to bully and oppress enemies and reward allies. Average Americans in 2012 had to work from January 1 until April 17 to earn enough money to satisfy their combined federal, state, and local tax burden.


·         Businesses are excessively regulated, forcing them to eliminate jobs, ship them overseas, and sometimes even close down completely.


·         Our government continues to wage undeclared wars with no end or discernible purpose.


·         The Catholic Church is forced to fund contraceptive services against its conscience.


These are only several of the many governmental abuses perpetrated by both major political parties that will ultimately end in full-fledged tyranny, possibly worse—even far worse—than what we suffered under Great Britain. And yet, statistics show that fewer than half of an estimated 60 million committed Christians in America even carve out ten minutes of their year to vote in any given election. They follow God and His word, but don’t participate in the costly freedom He has given us to choose our representatives.


Is it any wonder our society, including and especially government, is becoming increasingly secular and willing to trample the Liberty our Declaration establishes and Constitution protects?


After we declared independence from King George III, Americans have always bristled at the idea of a king. Now, though, by our political apathy, we have allowed government to grow so large and powerful at all levels that we have installed a collective king. An eye-opening exercise if you’ve never done this is to compare the abuses of our current government to those listed against Great Britain in our Declaration of Independence. The parallels are chilling.


Another chilling parallel is found in 1 Samuel 8 when the ancient Israelites clamored for a king, though they had been self-governing—free under God—to that point. He warned them of the oppression a king would bring if they rejected His rule for earthly Big-Government rule. They chose the latter anyway. So God gave them over to the desire to be ruled by an earthly king, and every form of oppression He warned against indeed came to pass.


I believe America’s in the same place today. God is asking His people, “Do you want me to rule you, or do you want a king to rule you?” If we want the answer to be God, then we had all better get registered to vote, register every other Christian we can, and make sure we all turn out on November 6th—and every election day thereafter—to say no to oppression under the collective earthly king of Big-Government and yes to freedom under the Heavenly King again.
~*~

JONATHAN WAKEFIELD holds a Biology degree from the University of Richmond and is an information technology specialist and a freelance writer. He is the author of Saving America: A Christian Perspective of the Tea Party Movement and Fatal Reality (an inspirational thriller). Jonathan lives in Richmond, Virginia with his wife and two of his sons. He and his wife have adopted a third son and are waiting for final clearance to travel Ethiopia and bring him home to the United States.

"Numerous books have been written about the Tea Party since its surprising explosion onto the political scene, but few, if any, have been written from a Christian perspective, despite many Christians being active in the movement. In SAVING AMERICA, author Jonathan Wakefield, a Tea Party leader and an ordinary citizen with virtually no political engagement before 2009, examines the powerful movement with an insider’s perspective and from a biblical context. He explains why he felt compelled to finally get active in helping shape his nation’s future, making the case that the Tea Party’s core principles align with Scripture and represent America’s best hope for surviving its current crises, caused by both political parties expanding governmental power, and ultimately thriving again. Written for both Tea Party supporters and skeptics, as well religious and non-religious individuals, SAVING AMERICA will challenge all readers to think through their basic assumptions and beliefs and consider their roles as American citizens at this critical time in world history."