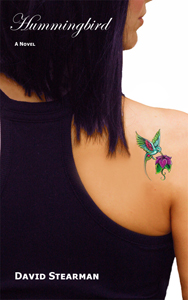 When David Stearman announced the release of his Christian fiction novel, Hummingbird, I did that "rejoicing for others" thing we writers do when someone we're acquainted with crosses over into that coveted territory called "published." And then he posted a picture of the cover, and I knew I had to read it.

I wasn't disappointed. The plot was exciting, the heroine wasn't wimpy, prissy, or perfect, the villains were genuinely evil, the setting was so well described I felt like I'd been transported to Puerto Vallarta, and the spiritual arc made me want to pray the salvation prayer right along with the heroine.

Wow. In addition, all kinds of current issues — hard issues I believe Christians need to think about — are skillfully woven throughout the storyline. Those kinds of books deserve recognition, in my opinion, so I asked David to do an interview here at Inkwell Inspirations. I'm pleased to introduce him, and his book, to all of you!


Where are you from and what do you do when you aren't writing? 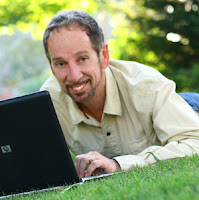 I’m originally from the South, Louisville, Kentucky, but I spent some growing-up time in Southern California as well. Consequently there’s a lot of both the South and SoCal in my stories. But there’s a lot of international stuff there too, as I’ve been a missionary for much of my life.

I actually started as a contemporary Christian music recording artist; was on the radio a lot back in the ‘80s, but traveling and singing brought me into public speaking, and I went from there straight into missions. I still do all those things — travel, sing, share and minister overseas, but writing novels is number-one on my list of priorities these days.

Hummingbird is not cookie cutter fiction, in my opinion. What genre would you put it in? I've tried, but I can't pin it into one pocket!

I call it "adventure," which is also my favorite genre to read. But there are some “literary fiction” elements to this story, too, which hopefully give it a little depth.

Having done a lot of missions work in Mexico has brought the immigration issue close to my heart. Here in the States we tend to look at immigration two-dimensionally. But this issue is actually about human beings, with all their complexities.

Jesus never saw people as statistics, to be dealt with by broad sweeps of governmental legislation. He deals with us on a one-on-one basis, taking the entirety of our sins, hopes, and potentials into consideration.

That’s why I wrote the Lexa Morales character. She’s an illegal immigrant. She’s part of a minority. And she’s a criminal. But Jesus sees her as a human being. And regardless of her origins and past, when she reaches out to him, he embraces her and adopts her into his own royal family.

Tell us about your road to publication. Hummingbird breaks some of the "rules" we've all heard about in Christian fiction. Did any of that come up for you?

Yeah, I realize that tattooed, street-fighting, marijuana-growing robbers don't exactly fit Christian literature’s model for the ideal woman. But who does, really? Real Christianity involves real people with real problems. And most of us used to be real sinners, too, on at least some level. So I wanted to write a story about a real human being who encounters the real Jesus. You know, the One who forgives real sins and really makes us clean.
Did I run into resistance from publishers? Not that I was aware of, which hopefully will be an encouragement to other writers. Of course, I’ll have to admit that much of this kind of flack would have been fielded by my excellent agent, Diana Flegal. She loved and believed in this story from the beginning, promoting it as if it were her own.

You've woven a rich background of information about Mexico throughout Hummingbird. By the time I finished I felt like I'd been to Puerto Vallarta and the surrounding area on a vacation! I've especially enjoyed your Pinterest board with pictures of the flora and fauna written about in the book. Did you put all that together after you were done writing, or was it part of the research process?

I really wanted to take my readers to this region that I’ve so grown to love myself. Actually, the Pinterest pics were posted long after the book was finished. Most of my research for this novel came from personal, intimate experience in the Puerto Vallarta area, where in fact many parts of this story were themselves written and edited. (BTW, the room where the bounty hunters stay while pursuing Lexa is a room I’ve often stayed in myself.)

What's your advice for writers who have a story in their hearts that pushes the envelope of what we traditionally see in inspirational fiction? Do we, as ministers of the gospel, have a responsibility to use our writing as a platform for discussing social/civic/political issues from a Christian standpoint?

Gosh, I think we do. As I said above, I think Christian literature should be honest and genuine. How can the reader deal with challenging issues if they’re never brought up in the first place? So my advice to writers is to be bold. Write your heart. This may seem simplistic to some, but I believe that if God’s called you to tell authentic stories, he’ll open up the necessary doors to get them in print. Don’t be afraid. Go out there and tell it all. Be everything you’re meant to be and trust God to fulfill your calling.

What's next for you? Other books, etc?

My publisher just asked me to produce a thirty-day devotional in English and Spanish. I also just finished a novel about the music business, and am currently writing a book about a fashion model whose plane crashes in Amazonia. Now that’s an adventure story!

Thank you, David, for encouraging us as writers, and for writing a book that is a terrific, and genuinely inspirational read!

You can purchase Hummingbird via Amazon, Barnes and Noble, or iBooks. Here’s the Amazon link: http://www.amazon.com/dp/B008QMSBW8/ref=tsm_1_fb_lk
You can connect with David on Facebook: https://www.facebook.com/david.stearman
Goodreads: http://www.goodreads.com/author/show/6454021.David_Stearman
Or Pinterest: http://pinterest.com/davidstearman/
David’s Ministry website is www.davistearmanministries.org