It was 1940, and in the face of the Nazi’s relentless march across Europe, a wealthy young Parisian woman gathered a few beloved belongings then locked her apartment up tight before fleeing to the south of France.

But for the next 70 years she faithfully kept up the rent on her old home. When she finally passed away at the age of 91, her heirs learned of the Parisian apartment turned time capsule and the door was finally reopened, giving us a glimpse into life just before World War II. 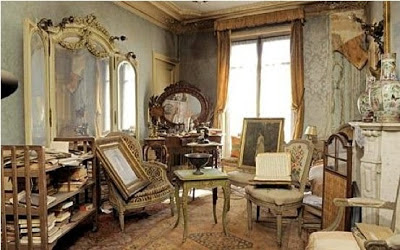 The owner must have had a quirky sense of humor. Notice the stuffed ostrich, who must have looked cold enough to require that gorgeous shawl at some point. 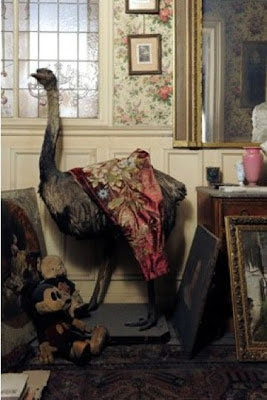 And who could miss the stuffed Mickey Mouse doll. 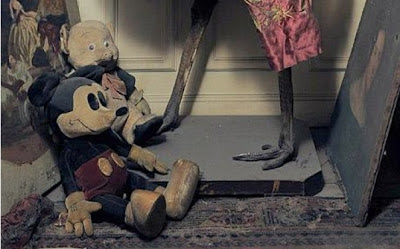 The owner also had a sense of elegance. There are a number of beautiful things including a magnificent vanity. And all those paintings. 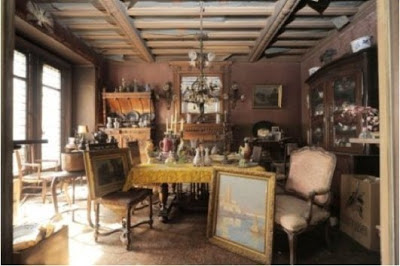 Realizing that this was a unique heritage, the heirs hired an expert to inventory the apartment. And then the story gets even better. For among all those paintings, an arresting picture of a woman in pink was found and with it a mystery was posed. The expert, Olivier Choppin-Janvry, who made the discovery was convinced immediately that the painting was by Giovanni Boldini. But no reference book ever made mention of such a painting. There was no record of Boldini having created such a work. 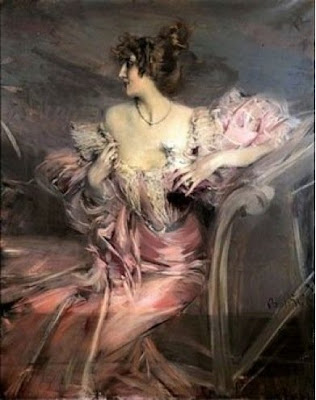 The sitter was Marthe de Florian, grandmother to the woman who left the apartment alone for 7 decades. Marthe had been a 19th century actress with a long list of admirers that included the Prime Minister of France at the time, Georges Clemenceau.

Choppin-Janvry thought he might be on the verge of art history and he was right. For among the treasures in the apartment, Marthe’s love letters were also found, tied neatly with ribbon in the approved style. Tucked in among these notes was one of Boldini’s calling cards with a love note scrawled on the back. Fueled by proof of a link, Choppin-Janvry continued to investigate. And he finally turned up mention of the painting in a book written by the artist’s widow. The painting had been painted in 1898, when Marthe had been 24 years-old. He had done it; proved that Marthe had been Boldini’s muse, and that Boldini had painted the portrait found in the “secret” apartment.

The painting was subsequently put up for auction at Sotheby’s with an opening bid of 300,000 pounds, but as bidders vied for the historic piece, the price climbed and climbed. It finally sold for 2.1 millions pounds, that's more than 3 million dollars. 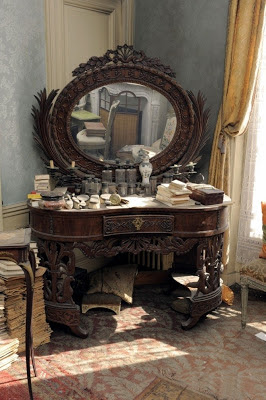 via The Telegraph, photos by GETTY

I wonder why Marthe's granddaughter never went home? I'd like to believe she found great love and happiness in her new home and just never felt the need. Does anyone else have a theory? 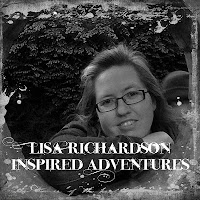 Influenced by books like The Secret Garden and The Little Princess, Lisa Karon Richardson’s early books were heavy on boarding schools and creepy houses. Now that she’s (mostly) all grown-up she still loves a healthy dash of adventure and excitement in any story she creates, even her real-life story. She’s been a missionary to the Seychelles and Gabon and now that she and her husband are back in America, they are tackling a brand new adventure, starting a daughter-work church in a new city. Her newest release, The Magistrate’s Folly, is available now. And look for Diamond in the Rough, co-authored with Jennifer AlLee and coming May 1st.