This past May I took a trip up to the Western Development Museum (WDM) in Saskatoon, Saskatchewan for research purposes and while I was there, I had my first encounter with a Bennett Buggy. But before I get to the good stuff, let me lay the groundwork...

If you think we're having extreme weather now, look what they had to contend with in the 1930's or Dirty Thirties as they are commonly called. And my apologies to anyone who lives in dry, desert areas who see dust storms like this in the normal course of the year.

Dust storms like the one above are caused by a lack of rain which dries the topsoil. Without water, plants can't grow leaving the topsoil loose (unanchored) so that a stiff wind can set it swirling. Once in the air, it's carried by the wind across the prairie, gathering more soil as travels along. Nothing stops a dust storms until it runs out of wind. And nothing stops the dust from sneaking over, under and around windows, doors, cracks and crevices until there is so much dust in the house you're crunching it with every bite of food.

Back in the 30's, they didn't have much food. Without rain... without topsoil... there were no gardens... no fresh vegetables. Hungry people. Hungry livestock. What plants could grow were soon eaten by hoards of grasshoppers - a plague of insects that munched mercilessly on whatever bit of green they could find.

The hardest part in all this was that the 20's had been a period of prosperity. It lulled people into thinking the good times would go on forever. Farm families who never had much to start with joined the rest of the modern world and bought automobiles instead of relying on the original horsepower.

But as wheat prices fell in the 30's, gasoline costs rose. Farm families who'd spent so much money on a new automobile during the good times, now had a vehicle without the means to make it go.

As resilient as farmers are, they did the only thing they could... they reverted back to horse power - the "oatsmobile" kind.

By removing the engine from their automobile to make it lighter, and hooking up a pole and doubletrees, the farmer could harness his horses or oxen to his vehicle and head off without a drop of gasoline.

In Canada, they were called Bennett Buggies in honor of Richard Bennett, Canada's Prime Minister from 1930 to 1935.  Since he was the man in charge, he was the man blamed for the lack of ... everything.

In the United States, these horse-pulled vehicles were known as Hoover Wagons in honor of President Herbert Hoover - and probably for the same reason.

As the depression wore on, Bennett Buggies weren't only for farm families as everyone felt the pinch from the high price of gasoline which apparently was a boon to governments looking for a way to make cash.

The Western Development Museum in Saskatoon has a Bennett Buggy on display and although it isn't harnessed to live animals, it's set up with a movie screen which runs a sort film to give you the illusion of what it was like driving in one.

The most common autos to be used as Bennett Buggies in Canada were the Model T Ford, the McLaughlin-Buick, and the one you see here - the Essex touring car.

I took a ride in this demonstration car and I have to say that the seat was deep, low, and very comfortable. I could see myself travelling long distances and staying comfortable in this beauty.

If the video doesn't work here, you can see it on my YouTube Channel at http://www.youtube.com/watch?v=LlIRk2I3IsU&feature=youtu.be.

I was sitting on a bench making Bennett Buggy research notes when some tourists approached and went for a ride. Except I hadn't realized there were 2 choices, one being fast and one slower. I hadn't touched the reins because I'd been filming, but the tourists tugged the reins when they came to the fork in the road, and their ride is much faster, and bumpier than mine. By the way, the screaming you hear in the video is coming from the film itself as it gives you the impression of how scary the ride was when you were a child without anything to strap you in the vehicle - or even in a wagon or buggy for that matter.

Do you take advantage of demonstrations at museum and live history events? Are you a participant or would you rather stand and watch others have the experience? 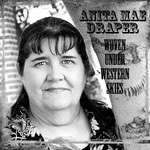 Anita Mae Draper is retired from the Canadian Armed Forces and lives on the prairie of southeast Saskatchewan, Canada with her hubby of 30 plus years and 2 of their 4 kids. She writes stories set on the prairies of Saskatchewan, North Dakota, Montana and Wyoming. Anita Mae has semi-finaled in the ACFW's 2011 Genesis contest, and finaled in the Daphne du Maurier, Fool for Love, Duel on the Delta and the Linda Howard Award of Excellence contests.  Anita Mae's short story, "Riding on a Christmas Wish" will appear in A Christmas Cup of Cheer, Guideposts Books, October 2013.  Anita Mae is represented by Mary Keeley of Books & Such Literary Agency. You can find Anita at   http://www.anitamaedraper.com/