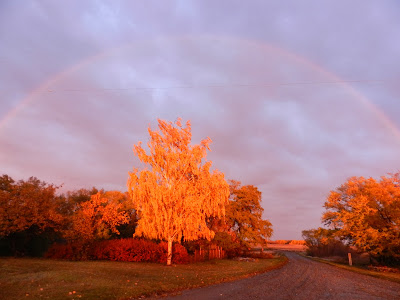 Happy Thanksgiving to anyone who is thankful for blessings received no matter where they live, but especially to Canadians who are feasting on turkey and trimmings today. We were blessed with the scenery in the above photo on Friday night at the start of this Thanksgiving weekend. An awesome inspiring vision of God's handiwork. How can we not help but praise Him for his blessings?

A couple weeks ago, I draped our dining room table in its Thanksgiving finery to match the colors of the leaves spiraling down from their summer heights. At least they look colorful inside the house where the real ones don't grow. 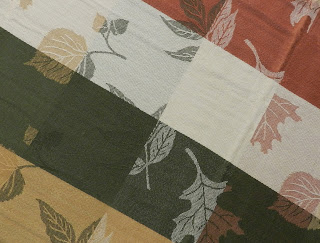 Although we're staying home this Thanksgiving because Nelson is on call, in preceding years, we've stuffed ourselves at his sister's place in Regina where they lay out a feast of a dozen dishes including the holopchi and perogi of their Ukranian heritage. White turkey meat, dark turkey meat, and ham. Cauliflower, creamed turnips and mashed potatoes. Spiced beets, pickles, and 2 types of salad. Gravy and cranberry sauce. And for dessert, there's pumpkin pie with ice cream and whipped cream, your choice of one or both. My goodness, I'm getting full just thinking about it.

Traditionally, Thanksgiving has been a day of praising God for blessings received, especially the harvest which everyone depended upon. Thanksgiving wasn't always on the 2nd Monday of October, however.

There must have been some public outcry about the late date, because while researching the Newmarket Era for genealogy items that I can use on my Author Memories blog featuring the 1911 Courtship Letters, I found this proclamation:

1911 was a banner year for the Canadian harvest and my 1911 Courtship: Aug 13 Dear Ethel post shows the newspaper ads where 50,000 men were needed to get the crop off the fields. At church yesterday, Pastor Lorne said we have lots to be thankful for especially this year's record crop - the best in the history of Canada.

In fact, this year's grain harvest is so big, the normal round temporary grain bins aren't suitable, and the farmers have switched to tubes similar to those used in the silage industry. These long, caterpillar like shelters are about 8 feet wide and seem to go on forever. I haven't looked up the actual specs yet, but I'd say these 2 tubes are holding the equivalent of 5 temporary round bins in a spot where this farmer normally only has one, two at the most.

I really like having Thanksgiving in October because that's when the leaves are falling, the pumpkins are orange, and the harvest is getting in the bin. By the 1st week of November, many provinces are covered in snow with the trees all bare. It feels more like Christmas than Thanksgiving. 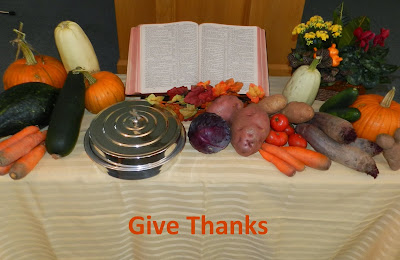 This year our thoughts of Thanksgiving extend to our daughter, Jessie, who is working in Indonesia on the island of Sumatra as an intern for Samaritan's Purse - the people who distribute the Shoe Boxes around the world at Christmas. Jessie and her roommate, Meagan,  another intern from Canada, started a blog about their life and adventures called Musings from Indonesia.

Jessie's last post was about finally seeing primates in the wild - a dream she's had since a very young girl. The current post is Meagan's and it's entitled, Chili Peppers for Breakfast (and other food Phenomena). Meagan writes, "In honour of the upcoming Thanksgiving festivities, I thought I might start this blog post with the top five Indonesian foods that I am thankful for this season..." If you're any type of foodie, you might be interested in Meagan's list.


How was your harvest this year? Did you receive a blessing you weren't expecting? 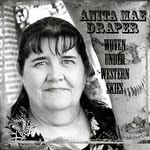