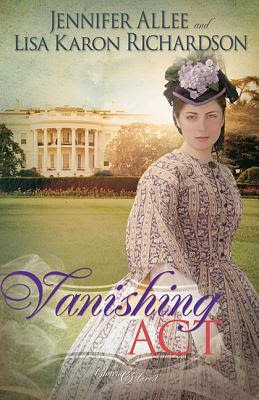 I haven't had much opportunity to read for pleasure lately, so I was delighted to have an excuse to "have" to read Jennifer AlLee and Lisa Karon Richardson's Vanishing Act.
Vanishing Act is Book Two in the writing duo's Charm and Deceit series with Whitaker House.  This book fits nicely under the series name, because its lead character, Juliet Button, is charming and deceitful.  It's uncommon for the heroine of a Christian novel to be a fake medium whose goal is to cheat her "sitters" out of their money, but AlLee and Richardson do a great job in making her a sympathetic character.  She truly seeks to comfort those who have lost their loved ones, and she has to support her "family," a small group of people who have no one but each other.  And, even with that reasoning, she realizes what she is doing is deceptive.  It gives her character depth.
When the book's hero, Pinkerton Agent Carter Forbes, asks her help to expose a rival medium preying on Carter's sister, she does so only in exchange for his promise to leave her and her family alone.  But when President Lincoln's youngest son, Tad, is kidnapped, Juliet and Carter join forces to find the boy before it's too late.
I really enjoyed this story.  It was a nice combination of suspense, mystery and historical romance with a little humor sprinkled in.  The politically motivated kidnapping, the heroine's unusual family and her even more unusual occupation made Vanishing Act a welcome change of pace from more formulaic stories.  I liked the relationship between Juliet and Carter as they worked together to solve the mystery of the abduction along with the puzzle of their growing feelings towards one another.
I'm eager to read Book One in the series, Diamond in the Rough.  It would be nice to see more of Carter and Juliet's adventures, too.  They make a great team.

Have you  read Vanishing Act?  How about Diamond in the Rough?  What did you think? 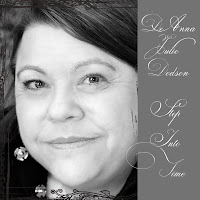 DeAnna Julie Dodson has always been an avid reader and a lover of storytelling, whether on the page, the screen or the stage. This, along with her keen interest in history and her Christian faith, shows in her tales of love, forgiveness and triumph over adversity. She is the author of In Honor Bound, By Love Redeemed and To Grace Surrendered, a trilogy of medieval romances, as well as Letters in the Attic, The Key in the Attic, The Diary in the Attic and The Legacy in the Attic, contemporary mysteries. Her new series of Drew Farthering Mysteries debuted in the Summer of 2013 with  Rules of Murder,  to be followed by Death by the Book and Murder at the Mikado in 2014 from Bethany House.  A fifth-generation Texan, she makes her home north of Dallas with three spoiled cats.
Posted by DeAnna Julie Dodson at October 18, 2013